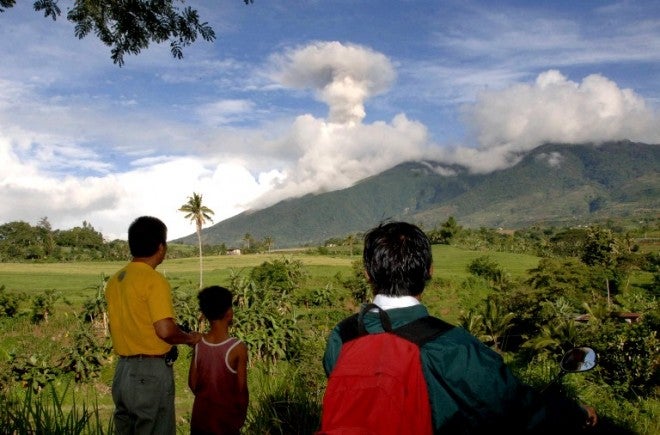 BACOLOD CITY—The Philippine Institute of Volcanology and Seismology (Phivolcs) has raised the alert status of Kanlaon volcano to level 1 or “from normal to abnormal,” according to the Office of Civil Defense (OCD) in Negros provinces.

The OCD explained that an alert level 1 status meant that the volcano, which straddles the provinces of Negros Occidental and Negros Oriental, had entered a period of unrest.

The local government units and the public are strictly reminded that entry into the four-kilometer radius Permanent Danger Zone (PDZ) is strictly prohibited due to the possibilities of sudden and hazardous steam-driven or phreatic eruptions, Phivolcs said.

Civil aviation authorities must also advise pilots to avoid flying close to the volcano’s summit as steam and other volcanic debris from a possible sudden phreatic eruption could be hazardous to aircraft.

The Phivolcs had monitored an increased seismic activity that could be succeeded by steam-driven phreatic eruptions at the summit crater, despite the absence of visible degassing or steaming from the active vent this year, the OCD said in a statement.

“These parameters indicate that volcanic processes are underway deep beneath the edifice that may be caused by deep-seated degassing or hydrothermal activity or magmatic intrusion,” Phivolcs said. JPV