IN THE KNOW: Judy Taguiwalo 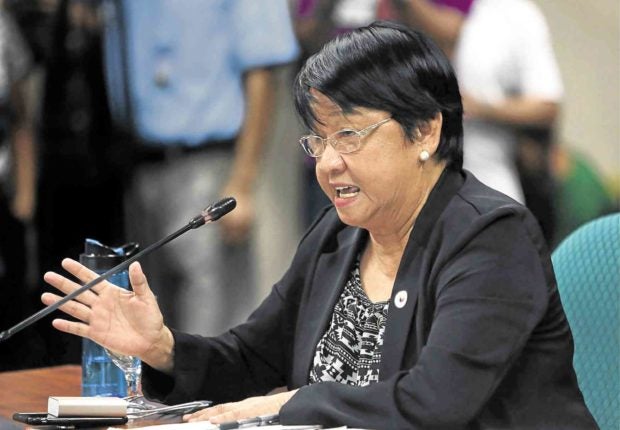 OUT OF CABINET By a 13-11 vote, the Commission on Appointments rejected on Wednesday the appointment of Judy Taguiwalo as social welfare secretary. —LYN RILLON

Judy Taguiwalo served as a professor at the women and development studies department in the University of the Philippines Diliman from 1992 to 2015.

She is also the founding national president of All UP Academic Employees Union and the chair of the board of trustees of Ibon Foundation.

Taguiwalo was also the national vice chair of the Alliance of Concerned Teachers (ACT) and chair of the women’s committee of ACT Philippines.

A political prisoner during martial law, Taguiwalo spent over three years in various prisons for resisting the Marcos dictatorship.

Her political party affiliations include membership in the International Association for Community Development and in the Women’s Studies Association in the Philippines. She was also a coconvener in the Pagbabago People’s Movement for Change.

She was recommended to the post by the National Democratic Front of the Philippines, which supported Mr. Duterte during the campaign for the presidential election.  —INQUIRER RESEARCH

TAGS: In the Know, Judy Taguiwalo