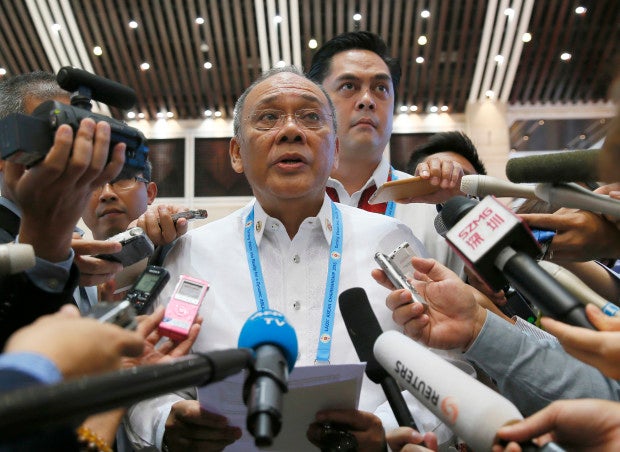 Congressmen from the House minority bloc said President Rodrigo Duterte practically admitted failure in the government’s war on drugs by saying it could not be finished in one term, however, Palace officials claimed the President’s statement was only meant to describe the depth of the drug problem in the country.

Albay Rep. Edcel Lagman and Magdalo Rep. Gary Alejano made the statement in a press conference Tuesday in reaction to a recent statement from Duterte that the drug menace cannot be solved within his six-year term.

“Look, itong shabu, ang drugs, etc., cannot be solved by one man, for a president for one term,” Duterte said. It can be recalled that Duterte won the campaign in a promise to eliminate the drug problem within six months.

Lagman said the President’s recent admission is a way of accepting failure to solve the drug menace in the country.

Alejano said he even considered it a “welcome development” that the President admitted his failure.

“It’s a welcome development for the President to admit he could not solve the problem,” Alejano said.

Presidential Spokesperson Ernesto Abella said Duterte’s statement that he could not eliminate the drug problem within his term was only meant to show the “depth, enormity and the complexity” of the drug situation which cannot be solved overnight.

“The President’s remarks that the Philippines cannot control the drug problem underscore its depth, enormity and the complexity. PRRD’s statement further points out that the drug situation in the Philippines is a problem that cannot be solved overnight,” Abella said.

“The anti-drug campaign must thus, continue to be unrelenting and unremitting while getting everyone’s full support and cooperation,” he added.

Asked for his reaction in an ambush interview at the sidelines of the congressional hearing on the Presidential Communications Operations Office’s proposed 2018 budget, Communications Secretary Martin Andanar said Malacañang respected the views of the opposition in Congress.

“You all have the right to express yourselves. Nirerespeto po namin ang opinyon ng aming esteemed (lawmakers),” Andanar said. with reports from Nestor Corrales / JPV