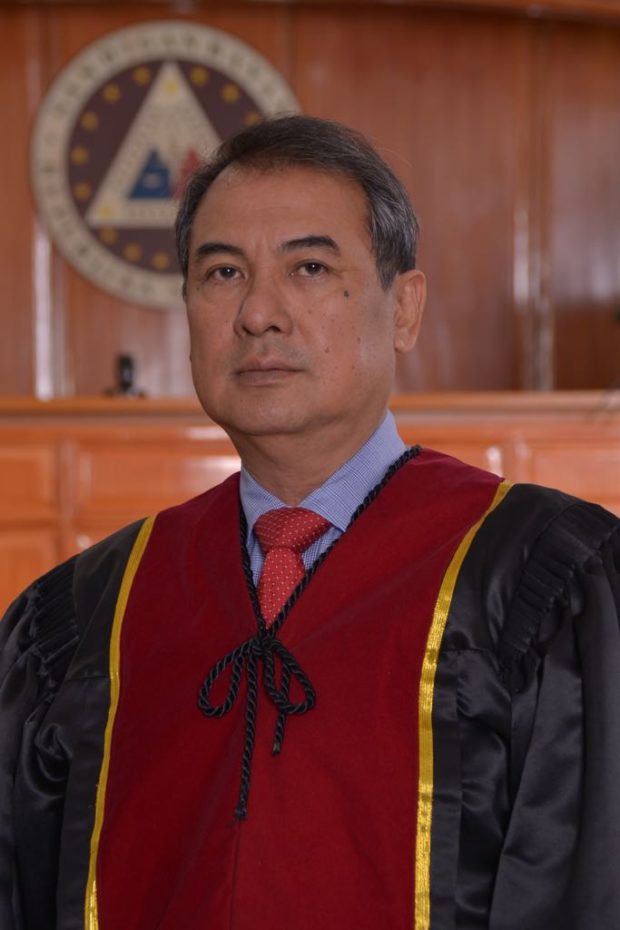 Gesmundo will be taking the position vacated by Associate Justice Jose Catral Mendoza who compulsory retired at the age of 70 last Aug. 13, 2017.

He is the fourth appointee of President Duterte and the second appointee from Ateneo De Manila University. He is a member of the Fraternal Order of Utopia.

Executive Secretary Salvador Medialdea confirmed the appointment of the magistrate on Monday.

Duterte’s third appointee, former Court of Appeals Presiding Justice Andres Reyes Jr. is also a graduate of Ateneo and a member of Utopia where House Speaker Pantaleon Alvarez is also a part of.

The first two appointees of Duterte, Associate Justices Samuel Martires and Noel Tijam were both from San Beda College of Law.

Gesmundo chairs the 7th Division of the Sandiganbayan. He is a member of the Supreme Court’s Sub-Committee on Revision of Rules on Criminal Procedure and a professional lecturer at the Department of Remedial Law of the Philippine Judicial Academy (PHILJA).

Prior to his stint at the judiciary, Gesmundo worked as a trial attorney at the Office of the Solicitor General and awarded the Most Outstanding Solicitor in 1998.

He was a Bar examiner in Remedial Law in 2009. JPV 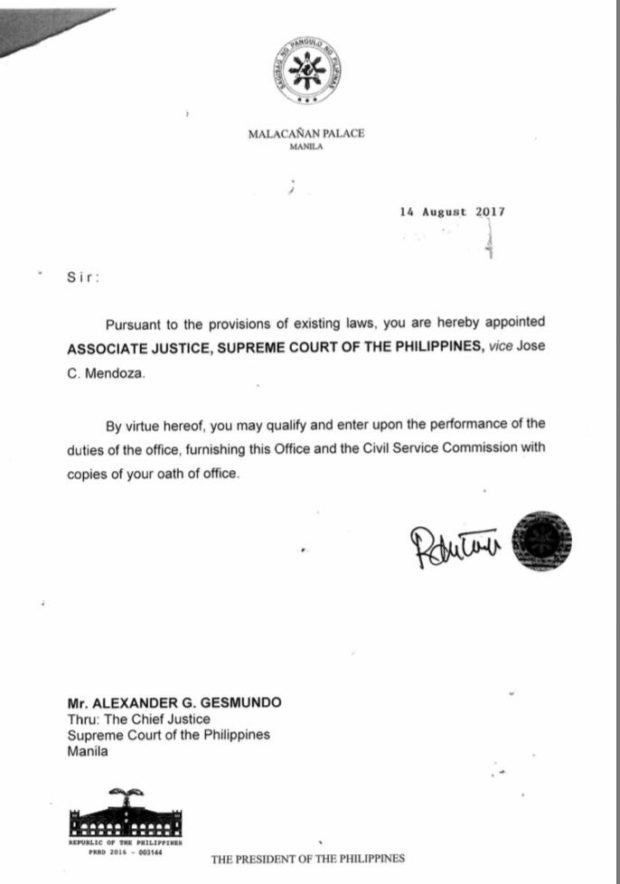