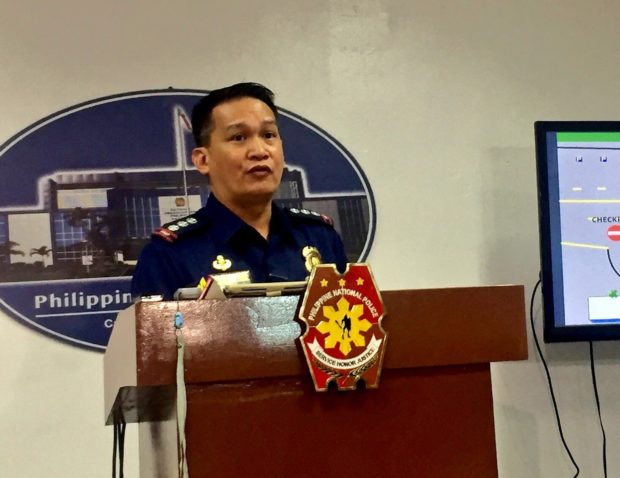 One of the effects of President Rodrigo Duterte’s decision to dissolve the Negros Island Region (NIR) created by his predecessor, Benigno Aquino III, would be felt by policemen deployed to the now nonexistent region — they would have to report back to their mother units in Western and Central Visayas.

Chief Supt. Dionardo Carlos, Philippine National Police spokesperson, said the PNP would adjust in terms of manpower and equipment as soon as Mr. Duterte’s Executive Order No. 38, which removed NIR from the map, takes effect.

“Everything—personnel and equipment—under the NIR will have to be reverted to the regions where they used to belong,” the PNP spokesperson said.

Police positions created in the NIR would also be dissolved.

Police officers in the NIR “cannot bring their positions when they are reverted to police regional offices,” Carlos said.

PNP chief Director General Ronald Dela Rosa, however, has yet to issue an order recalling policemen and officers from the NIR pending implementation of EO No. 38.

Mr. Duterte signed the EO on Aug. 7 to abolish the NIR, which was a merger of Negros Oriental and Negros Occidental into one region. It was supposed to accelerate economic growth of the two provinces.

Budget Secretary Benjamin Diokno said abolishing the NIR was a decision driven by practical reasons. The NIR would be unnecessary if Mr. Duterte’s push for federalism succeeds, Diokno said. Also, he added that the government lacks funds to keep the region alive, which would require at least P19 billion.