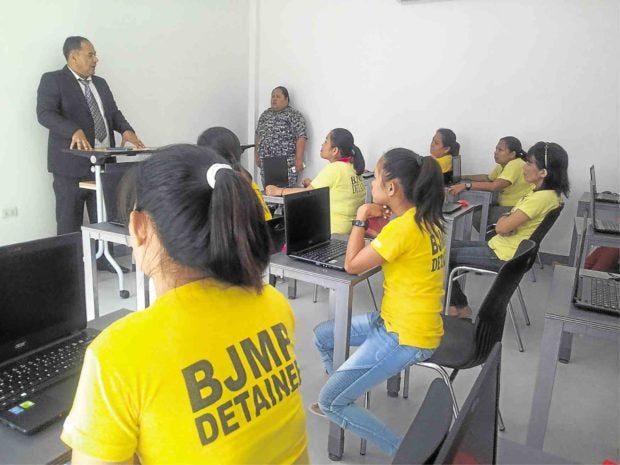 DAVAO CITY — Life turned upside down suddenly for call center agent Mary Grace when police caught her and her live-in partner for possession of illegal drugs over two years ago. Since then, she has spent time at the city jail, still awaiting a court decision on her case.

Last week, the 29-year-old woman found new hope. She was among those chosen to make up the first batch of 69 detainees to get a college education under a pioneering program being undertaken inside the jail facility.

“In God’s will, I can finish my degree and leave here. I want my children to have a good life and not become like me. Being jailed is difficult,” said Mary Grace, who has three children aged 2 to 8 years old. “I still believe that once a door closes on you, a window opens for you.”

Mary Grace is pursuing a course in agribusiness under the project dubbed “College Education Behind Bars,” touted to be the first college facility in any jail in the country.

Dr. Aland Mizell, a Turkish who founded the nongovernment Social Entrepreneurship Institute (SEI), conceived the project to provide an alternative to inmates who would be reintegrated in society.

“We wanted to give them a second chance. The uniqueness of this is that they are also gonna take a recovery program,” said Mizell, also SEI president.

According to Serafin Barretto Jr., director of the Bureau of Jail Management and Penology (BJMP), the project seeks to give inmate-residents in the city jail a chance to acquire a college degree while in detention.

It is not only the first of its kind for detainees in the Philippines but in the entire Asia as well, Mizell said. Inmates can choose to enroll in agribusiness and information technology courses and earn degrees from the state-run University of Southeastern Philippines (USEP) here.

Officials said only 300 inmates initially took the college entrance exams and 70, including 10 females, passed. The city jail has 3,251 inmates who are facing such cases as murder and involvement in illegal drugs.

Mizell said the students were also selected based on good behavior record, length of prison time served and past educational background.

Teachers from USEP will conduct classes in the two-story school facility inside the sprawling compound. The students’ progress will be assessed based on the university’s curriculum and grading system, said Dr. Lourdes Generalao, USEP president.

Generalao said the institution was “happy” about its participation in the project, citing the board of regents’ move for immediate approval.

“We want to give hope to the inmates,” she said. “Despite their situation, they can still have a chance [at getting a college education].” 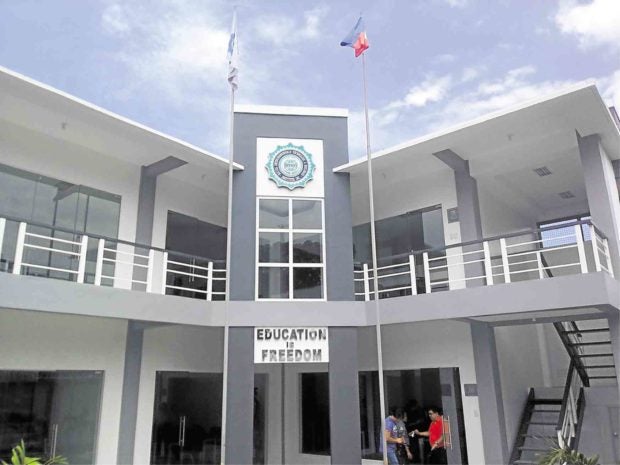 While tuition is free, students will have to pay a “minimal miscellaneous fee” for books, lesson materials and building overhead expenses, Mizell said.

Senior Insp. Roberto Gotico, chief of the BJMP’s community relations office, said he did not expect all of the students to shoulder the miscellaneous fees. Service providers would be tapped for assistance, he said.

Supt. Grace Taculin, Southern Mindanao jail warden, said the establishment of the college facility would also help inmates cope with the stress of overcrowding. The facility was built to accommodate only about 300 but it now has 10 times more, she said.

The stress could adversely affect the inmates and make them prone to riots and other unruly behavior, Barretto said.

With an educational institution inside the facility, the inmates can spend time learning new skills they can use to lead a productive life outside, Barretto said.

Classes may start early next month after the student-inmates had undergone a bridging program under the USEP curriculum.

To ensure the program’s sustainability, Mizell said prison and school officials would conduct an evaluation and assessment of students.

Mizell said he intended to expand the project’s course offerings.

“I’m grateful,” Mary Grace said. “This gives me a chance to learn something that I can use to improve my life and the lives of my children once I get out.”

Read Next
A tribute to ‘Totoy Bato’ and his novelty songs
EDITORS' PICK
BIR audits tax compliance of Pharmally
Holidays made best with Acer’s ‘Holidays at Home’ raffle promo
Two more sites at Robinsons Malls for temporary offsite passport services
Smart offers wireless fiber-like speeds to Filipino homes with country’s first 5G Prepaid Home WiFi
Corruption in PH: Where presidential aspirants stand
Pharmally’s Twinkle Dargani in tears when asked about missing documents
MOST READ
Roque ‘hurt’ after presidential aspirant did not adopt him in Senate lineup
Pharmally’s Twinkle Dargani in tears when asked about missing documents
‘We’re not criminals:’ Jailed Pharmally exec asks Senate panel to just file cases
Gordon to Duterte: ‘How dare you ask for Filipinos’ vote when you failed them?’
Don't miss out on the latest news and information.