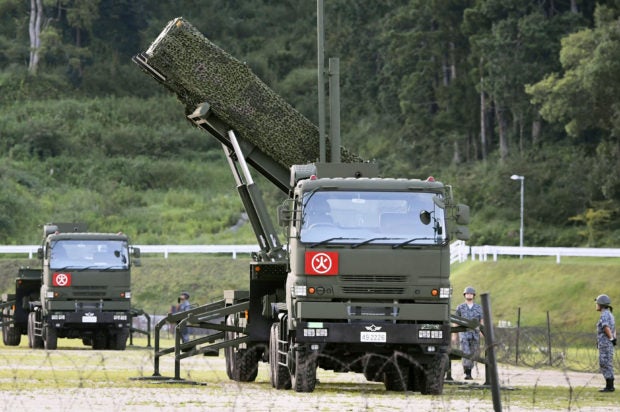 TOKYO—Japan was on Saturday deploying its Patriot missile defense system after North Korea threatened to fire ballistic missiles over the country towards the US Pacific territory of Guam, reports said.

Regional tensions are mounting as Washington and Pyongyang ratchet up their war of words, with President Donald Trump warning Pyongyang would “truly regret” any hostile action against the US.

READ: Trump: North Korea ‘will regret it fast’ if it acts against US ally

The defense ministry started deploying the Patriot Advanced Capability-3 (PAC-3) system in Shimane, Hiroshima and Kochi in western Japan, which Pyongyang warned could be along its missiles’ flight path, public broadcaster NHK said.

It was also to deploy the anti-missile system in neighboring Ehime, NHK said.

Television footage showed military vehicles carrying launchers and other equipment for the surface-to-air system entering a Japanese base in Kochi before dawn.

While immediate confirmation of the reports was not available, Japan has in the past vowed to shoot down North Korean missiles or rockets that threaten to hit its territory.

In 2009, a North Korean rocket passed over Japanese territory without incident or any attempt to shoot it down.

At the time North Korea said it was launching a telecommunications satellite, but Washington, Seoul and Tokyo believed Pyongyang was testing an intercontinental ballistic missile.