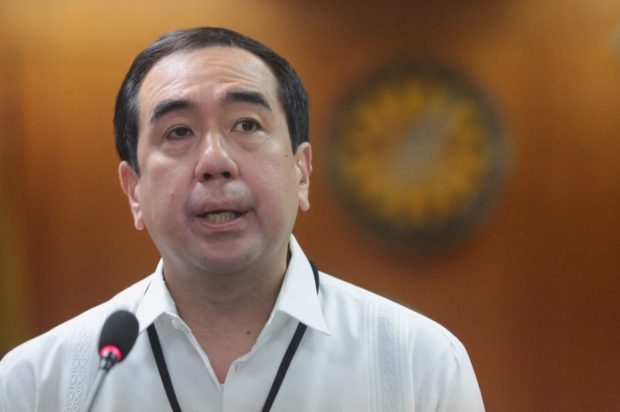 This wouldn’t be the first time that the National Bureau of Investigation would probe Commission on Elections Chair Andres Bautista for having alleged ghost consultants during his stint at the Presidential Commission on Good Government (PCGG).

It is not clear whether the NBI will launch a probe for the same case after Justice Secretary Vitaliano Aguirre II issued a directive on Wednesday to investigate Bautista based on the claims of his wife, Patricia Bautista.

NBI Director Dante Gierran has refused to grant interviews about the Bautista case.

In 2015, the NBI antigraft division probed and cleared Bautista for the allegation that was raised by PCGG Commissioner Vicente Gengos Jr.

A source privy to the case said Gengos had asked the NBI to probe Bautista in mid-2015 for having “three ghost consultants.”

Gengos believed that there were ghost consultants for two reasons—Bautista had copies of the pay slips and Gengos never saw the consultants report to the PCGG.

Bautista was cleared because the employees were real, the source said.

On Tuesday, Bautista denied his wife’s allegation that there were ghost employees when he was the PCGG chair.

In a press conference, he said the two employees, Joey Perry and Howie Vitas, were hired as consultants to the PCGG.

“If you’ll get to know these people, they are not just your ordinary guys,” he said.

Bautista noted that Vitas, who was PCGG consultant for architectural and interior design, was a graduate of Rhode Island School of Design in the United States. He said Vitas was the best friend of Patricia’s brother.

Perry, an IT expert, was a graduate of Fordham University in New York, he added.

Bautista said the two presented themselves during an NBI investigation years ago after one commissioner questioned the hiring of consultants.

“These people are not ghosts. When you say ghost employees, these people do not exist,” Bautista said. “These guys actually went there and presented themselves.”