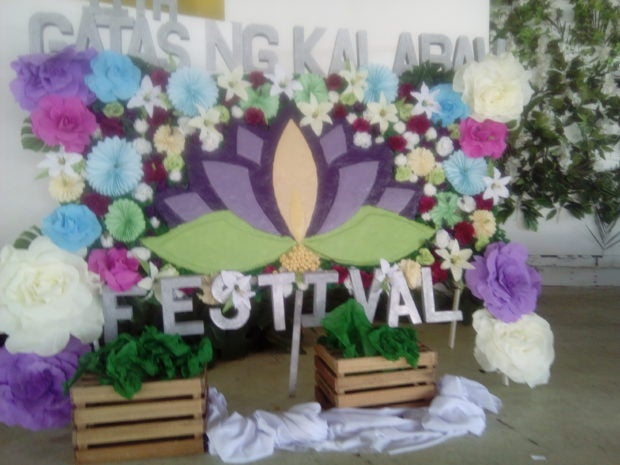 A 15-kilo Bulaklak Pastillas, made of carabao milk, was shared by people at the Pag-asa gymnasium in San Jose City on Wednesday. Photo by Armand Galang / INQUIRER CENTRAL LUZON

SAN JOSE CITY, Nueva Ecija — A 15-kilo bulaklak pastillas was shared by a huge crowd at the Pag-asa gymnasium on Wednesday, part of a government drive against malnutrition.

Felomino Mamuad, PCC deputy executive director, said his agency is tasked to popularize the carabao for farming, meat and milk.

“Marami nang hindi nakakatikim ng gatas ng kalabaw kaya gusto namin makalikha ng maraming gatas para sa kanila (Many people have not tasted carabao milk so we have embarked on discovering multiple variations of the milk for them),” he said.

The activity was also an undertaking of the 11th Gatas ng Kalabaw Festival by the PCC, the Department of Trade and Industry, and the Small Medium Enterprise Council of Nueva Ecija and the city government.

Brigida Pili, DTI Nueva Ecija director, said Gatas ng Kalabaw is an annual event that promotes both the nutritional and the business value of the dairy product. JE