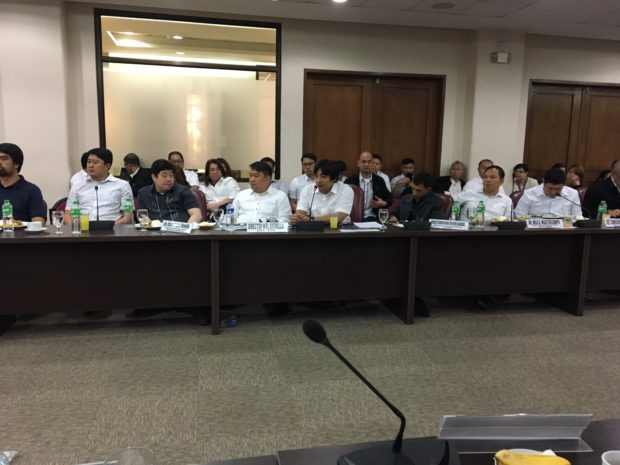 A Philippine Basketball Association (PBA) athlete said he has been receiving a salary of up to P40,000 from the Bureau of Customs (BOC) as an intelligence consultant, contributing to the agency’s “image-building.”

During the resumption of the House committee on dangerous drugs’ inquiry on the P6.4 billion shipment of drugs into the country on Monday, basketball star Edward Joseph “EJ” Fiehl said they receive a monthly pay of P40,000 through a Landbank payroll account.

Asked by Quezon City Rep. Winston Castelo if he had provided any intelligence information to the bureau, Fiehl said none.

Fiehl then explained that his function as BOC employee was to help promote the agency to the public.

Aside from Fiehl, stars Kenneth Duremdes, Marlou Aquino, among others, as well as volleyball player Alyssa Valdez were hired by the BOC as either intelligence officers or technical consultants.

Other players said Duremdes contacted them about the job opportunity.

Duremdes said as BOC employees, the athletes are doing community work to convince the public that the BOC is no longer corruption-ridden.

(Since we were national players in the past and the mere fact that we go to certain places, it’s easier to talk to the public especially when basketball is the venue. It’s easier to give them information on the reform in the bureau and that the Bureau of Customs is serious against corruption.)

The lawmakers then questioned Faeldon’s chief of staff Atty. Mandy Anderson whether the salary of the hired athletes were included in the appropriation for the agency.

Anderson confirmed that the athletes were hired as technical assistant for special activities by Faeldon himself.

“The commissioner put in a lot of projects. Whatever he does is good for the bureau,” she said.