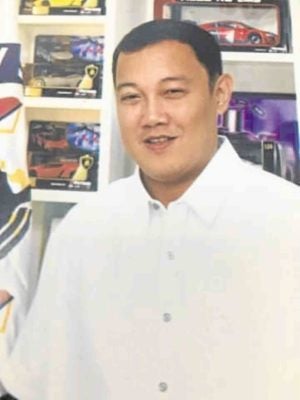 The police have started looking into the possibility that the killers of Pasay City Councilor Borbie Rivera may have wanted to get back at him after he was cleared of murder charges in 2016.

The 39-year-old Rivera had just gotten out of his car and into a wheelchair when several men shot him at the entrance of SM Southmall in Las Piñas City around 8:30 p.m. on Saturday.

Rivera, Barangay 112 chair, sat in the Pasay City Council because he was president of the Liga ng mga Barangay.

Apolinario said there had been several attempts on the victim’s life, including the time a grenade was lobbed at his house. These started after a murder case filed against him was dismissed, he added.

Rivera, along with seven others, was tagged in the killing of Mark Felizardo Baggang in a drive-by shooting in Barangay Pio del Pilar, Makati City, in January 2015.

Apolinario said the Makati shooting, where nine other people were wounded, apparently stemmed from a gang war.

Rivera was arrested and jailed but the case against him was dismissed in April 2016.

In June this year, he survived an ambush outside a bar on Diosdado Macapagal Boulevard in Pasay City. Rivera was still recovering from his injuries which was why he was in a wheelchair at the time he was killed, Apolinario said.

According to the police, a joint station investigation team composed of Las Piñas, Pasay and Makati policemen has been formed to solve the case.

The police recovered 21 .45-caliber casings from the crime scene. A .38-caliber revolver with five bullets was found in the back pocket of Rivera’s wheelchair, plus a black sling bag containing two magazines for a Glock firearm.

Apolinario said conflicting accounts said the assailants arrived either on motorcycles or a sport utility vehicle. There were around four gunmen, he added.

The police said they would ask the mall to let them review security footage to help identify the gunmen.