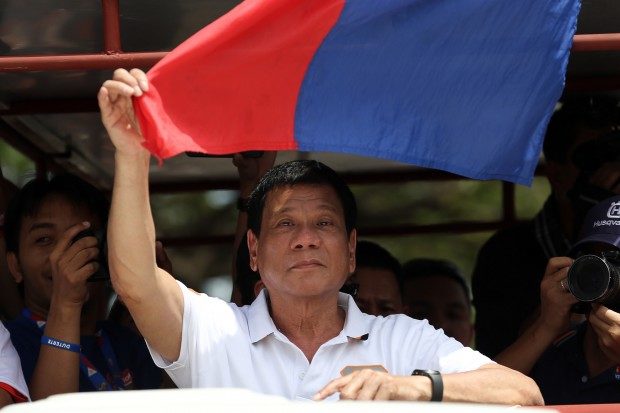 Senior Deputy Executive Secretary Menardo Guevarra made the announcement on Friday during a press conference in Pasay City.

“Since many people have been waiting for the president’s action for the very important enrolled bill that was passed by congress last May entitled Universal Access to Quality Tertiary Education, I am pleased to announce that last night, August 3, 2017, the President signed the enrolled bill,” Guevarra said.

The bill, which was passed by Congress in May, was transmitted to the Office of the President on July 5 for the President’s signature.

The law, which was supposed to lapse into law on Aug. 5 if not signed by the President, will subsidize the education of students in SUCs, local tertiary schools and Technical Education and Skills Development Authority (Tesda)-accredited institutions.

Economic managers of Duterte had earlier expressed opposition to the said bill.

Budget Secretary Benjamin Diokno on Tuesday said would the budget requirements of the bill would set back the government by a significant amount.

“We estimate that it will cost us something like P100 billion. The government cannot afford that,” he said.

Guevarra said that despite these apprehensions, Duterte weighed things and said long-term effects of education would outweigh any budgetary problems.

“The enrolled bill came to the Office of the President nearly 30 days ago and during that period there had been a lot of discussions and study about the bill  because of its very  heavy budgetary implication first and foremost,” Guevarra said.

“But tuition in tertiary education in state universities and colleges is a very strong pillar or cornerstone of the President’s social development policy. So he weighed everything and came to the conclusion that the long-term benefits that will be derived form a well-developed tertiary education on the part of the citizenry will definitely outweigh any short-term budgetary challenges,” he added.

The Palace official said efforts were now focused on funding the free tertiary education for SUCs.

“Well, under that bill which is now a Republic Act, the Congress is supposed to make the appropriate, will have to make the necessary appropriations to fund this particular, this new, well long-term project of the government on free SUC education,” he said.

“So that is something for the Congress to think about that will entail possibly a reallocation of resources,” he added. IDL