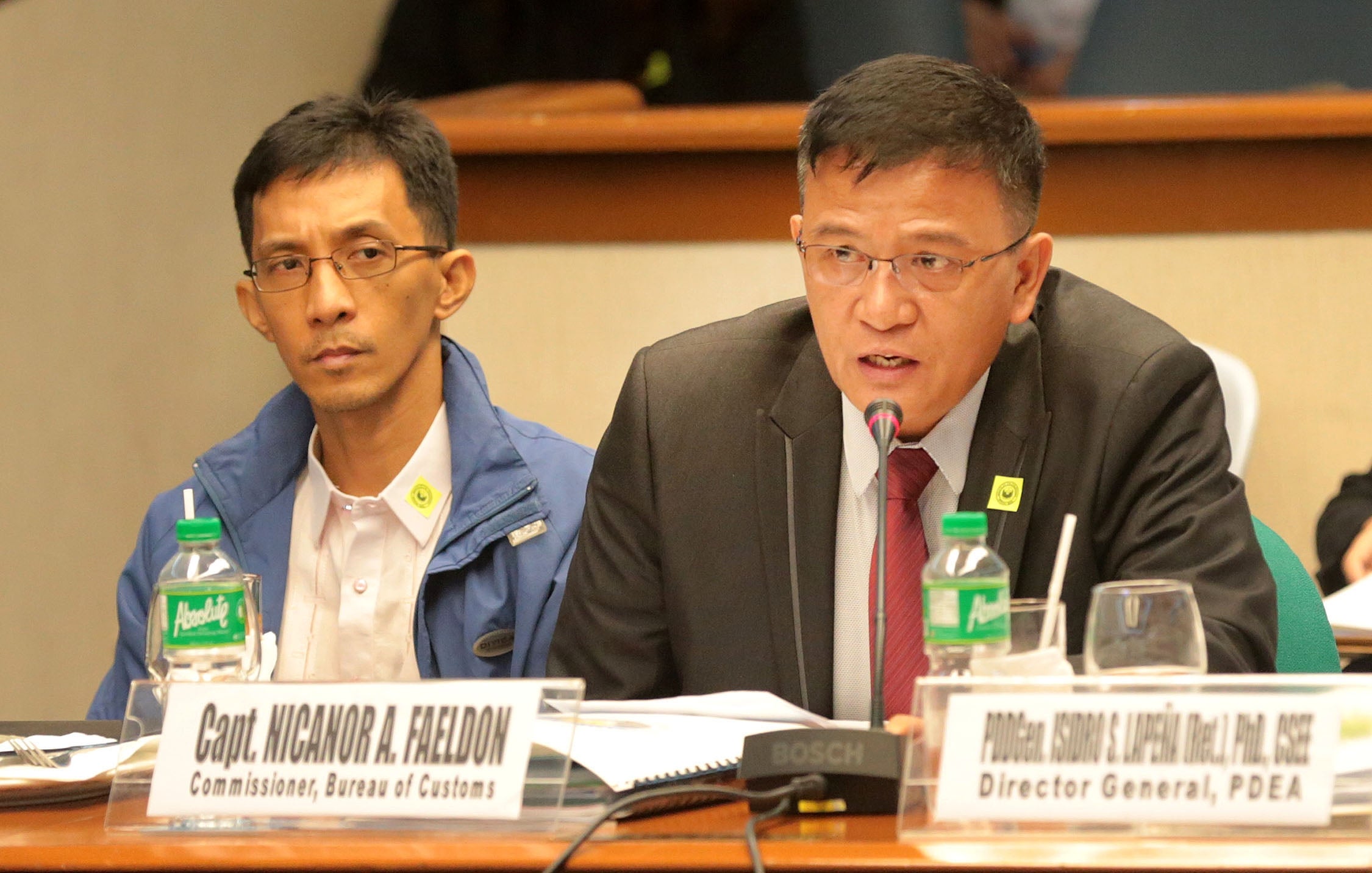 Customs Commissioner Nicanor Faeldon (right) addresses questions from the Senate Blue Ribbon Committee during the hearing on the P6.4-billion worth of smuggled shabu from China on Monday, July 31, 2017. (Photo by GRIG C. MONTEGRANDE / Philippine Daily Inquirer)

President Rodrigo Duterte won’t fire Customs Commissioner Nicanor Faeldon, who is among those under questioning in a series congressional investigations on the P6.4-billion worth of illegal drugs from China that slipped through the Bureau of Customs (BOC) last May.

“The Chief Executive has expressed his full confidence in Faeldon and told him to focus on serving the country,” Finance Secretary Carlos Dominguez III, whose department has control over the BOC, said in a statement issued on Tuesday.

Duterte met with Faeldon and Dominguez in Malacañang on Tuesday, shortly after the hearing conducted by the House Committee on Public Order and Illegal Drugs.

Surigao del Norte Rep. Robert Ace Barbers, who chairs the committee, had dressed down Faeldon, saying he should resign for incompetent handling of the case.

The President met with Dulay, along with Faeldon and Dominguez.

“The Chief Executive has asked the BIR Commissioner to accelerate tax collections to cover unexpected expenses due to natural disasters and the Marawi rebellion,” Dominguez said. /atm