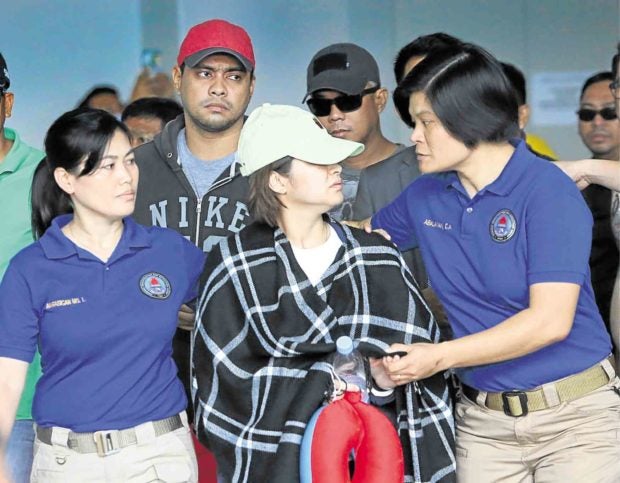 Ozamiz City Vice Mayor Nova Princess Parojinog on Tuesday pleaded for the Volunteers Against Crime and Corruption’s (VACC) help on the investigation of the drug raid that led to her parents and relatives’ death.

“I write to formally request your organization for assistance in investigating the events that transpired yesterday (July 30, 2017), particularly the illegal raids conducted by the PNP in Ozamiz City, which tragically led to the death of my parents, Mayor Reynaldo O. Parojinog Sr., and Susan E. Parojinog, also my uncle Octavio Parojinog and other friends with them that fateful morning,” the vice mayor said in a letter addressed to VACC.

The letter was dated July 31, 2017 and was released by VACC on Tuesday.

The raid in the vice mayor’s residence, Parojinog said, was also “illegal.”

“Also, simultaneous to the raid of my parent’s home, my residence was also subject of the illegal raid, which led to numerous injuries and even deaths, as well as illegal planting of evidence to frame me for such alleged crimes I did not commit,” she said.

“On behalf of my family, we humbly implore your assistance in this very difficult time in order to let justice be given its day,” she added.

In a series of raids conducted by the the Criminal Investigation and Detection Group (CIDG) operatives, Ozamiz City Mayor Reynaldo Parojinog and 11 others were killed in the raids after they allegedly “resisted violently.”

The Parojinogs were earlier tagged by President Rodrigo Duterte as part of the narcopoliticians operating in Mindanao. JE