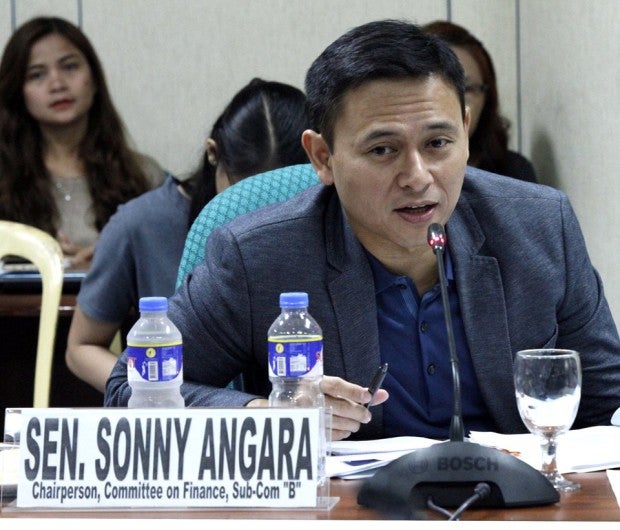 The Department of Finance (DOF) should revise its implementing rules on duty- and tax-free balikbayan boxes to give due benefits to millions of overseas Filipino workers (OFWs), Senator Sonny Angara said on Tuesday.

Under the Customs Administrative Order No. 5-2016, which contains the implementing rules and regulations (IRR) of the Customs Modernization Tariff Act (CMTA) as signed by the DOF and Bureau of Customs (BOC) in December last year, “all balikbayan boxes per sender in any calendar year shall not exceed P150,000.”

This rule, Angara said, was contrary to the intent of the CMTA, which allows OFWs to send up to three P150,000-worth of duty- and tax-free balikbayan boxes, or not exceeding the amount of P450,000 in a year, given that the goods are not in commercial quantities.

“Ang bawat balikbayan box ay karaniwang naglalaman ng P80,000 worth of items. Talagang pinag-iipunan po ito ng ating mga magigiting na OFW. Kung kaya, para dagdag pakunswelo sa kanila, ginawa nating P150,000 ang tax-free kada kahon (Each balikbayan box usually contains around P80,000 worth of items. This is our OFWs’ heard-earned money. That is why to provide additional comfort to them, we made it P150,000 the amount of each box that is tax free),” the lawmaker added.

But DOF Assistant Secretary Mark Joven explained during the hearing that there was an “ambiguity” in the language of the law which led to the Finance Department misinterpreting the said provision.

Ang Asosasyon sang Mangunguma nga Bisaya-Owa (AAMBIS-OWA) party-list Representative Sharon Garin, a member of the oversight committee and who was part of the CMTA bicameral committee, said the DOF should have reviewed the records of the bicameral hearing which could help them determine the intent of the law.

Angara then urged the BOC and the DOF to immediately resolve the issues on the IRR of the balikbayan box law as Christmas season is nearing and this is the period when OFWs send their gifts to their loved ones in the country.