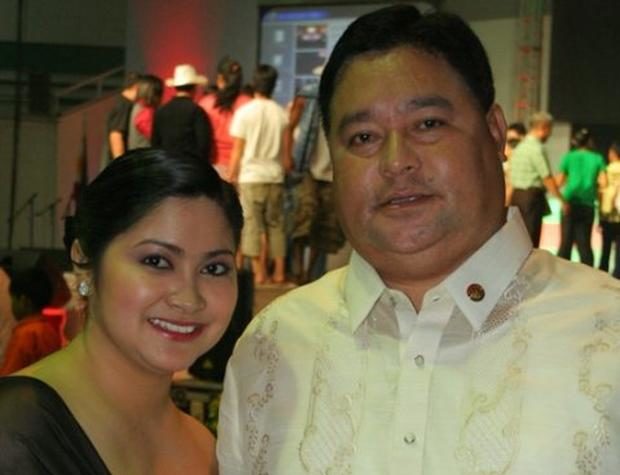 OZAMIZ CITY – “We wanted them alive.”

So said Chief Insp. Jovie Espenido, the city police chief, of the pre-dawn raid that left several members of the Parojinog family dead.

Espenido led the team that attempted to serve a search warrant on the house of Mayor Reynaldo Parojinog Sr.

“We wanted them alive and show the people how they are being subjected to the grind of justice. It is better to have them in prison and await the reckoning of the law,” he said.

“That is what I did to (Albuera, Leyte) Mayor Rolando Espinosa. Remember, I was not the one who presided over the operation that killed him inside the prison facility,” Espenido added.

Espinosa was killed inside his detention cell on November 5, 2016, a month after Espenido caused his surrender to authorities after being accused by President Rodrigo Duterte as among the country’s major narco-politicians.

Sunday’s predawn raid, done during a brownout, resulted in the death of Parojinog Sr. and 13 others. Another person was killed in a raid on Parojinog’s farm house in a hinterland barangay later in the day.

It was the bloodiest police operation in the recent history of the city which used to host strings of cold-blooded killings at the height of government’s anti-insurgency drive from 1986 onward. Such campaign used civilian militias, the main one being the Kuratong Baleleng that counted Parojinog as among its members.

The raid on Parojinog’s house was done simultaneously with one of the houses of his daughter, Vice Mayor Nova Princess, and son Reynaldo Jr. Each raiding team consisted of eight main assault operatives with a similar number as security elements.

The houses of Parojinog and Reynaldo Jr. are located in Barangay Santa Cruz while those of Nova Princess are in the area of Barangay San Roque.

Espenido said that the raid in the house of Reynaldo Jr. went well, “meaning no one was hurt because they showed no resistance.”

“The bodyguard in the house (of Reynaldo Jr.) opened the gate and the door to authorities,” Espenido related.

Authorities claimed to have recovered some firearms and crystalline substances suspected to be shabu from the house, leading them to arrest Reynaldo Jr.

But this was not the case in the houses of Parojinog and Nova Princess, Espenido stressed. “The raiders have to force their entry into these houses.”

Witnesses in Barangay San Roque told the Inquirer that prior to the entry of police forces, a black car made a round near the Parojinog’s houses “as if to check on the obtaining situation.”

“The houses of the mayor and the vice mayor are normally protected by people who stage a vigil. These could be volunteer peacekeepers and ordinary civilians who have been mobilized to guard against any raids,” said one witness.

These vigils have been going on since middle of last year. But last Sunday, there were only a few, mostly civilian peacekeepers.

Espenido said that when they arrived at the vicinity of Parojinog’s house, they were immediately met with a torrent of gunfire.

Some came from atop the mayor’s house, others from nearby houses. The police patrol car’s tire was damaged and a police officer was injured, he said.

In the course of the gunfight, six armed civilians were killed. The bodies were all found outside Parojinog’s house. Four were later identified as civilian peacekeepers.

After neutralizing the resistance outside the house, Espenido said that his team destroyed the lock of the gate leading to Parojinog’s house; some troops even scaled its fence. Next was to destroy the lock of the door.

“It took some time to do it. This could have been the window of opportunity for Mayor Aldong to tell his bodyguards inside to calm down and deal with us peacefully,” Espenido said.

“I was expecting him to be upstairs, in his room. So I waited, while also overseeing efforts to take down the door,” he added.

“But before we successfully destroyed the door, we heard an explosion inside the house, then thick smoke billowed out. By the time we entered, we have to evade an attempt to throw grenade at us,” Espenido said.

Espenido said that an initial examination of Parojinog’s wounds showed that these were inflicted by shrapnel, most likely from a grenade explosion.

He said that the same can be described of the wounds of Parojinog’s wife Susan. “Some of her hair [strands were] scattered up to the ceiling. Only an explosion like that of a grenade can do that.”

Espenido added that one dead person inside Parojinog’s house had a grenade pin in his right middle finger.

In all, six people died inside the Parojinog patriarch’s house: the mayor himself, his wife Susan, younger brother Octavio Jr., younger sister Mona, a certain Inting Torregosa, and JR Millanar, a local government employee assigned at the City Information Office.

At Nova Princess’ house, one bodyguard was killed.

A still unidentified body believed to be a Parojinog supporter was found in one of the houses nearby.

Asked about the power cut-off, Espenido said he had no information on that.

“I don’t want to focus on the brownout, anyway. What is important is that the raid is covered by a warrant which makes our operation legal,” he said.