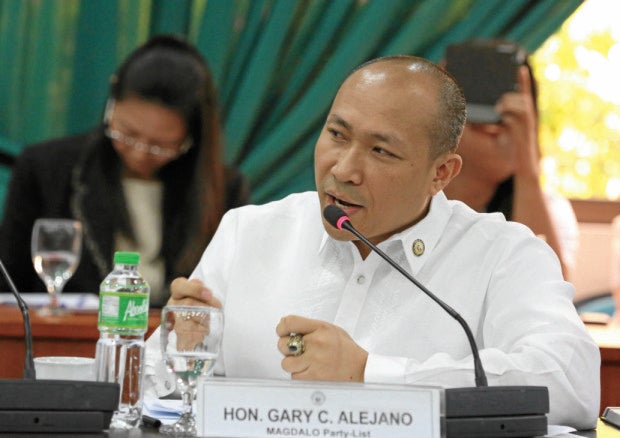 Although he called the Parojinogs “big fishes” in the war on drugs, Magdalo Party-list Rep. Gary Alejano has found the Sunday raid to have worrisome effects on the country’s democracy.

In a statement, the opposition lawmaker said the killings of mayors accused of involvement in the illegal drug trade has “long-term implications to our democracy way beyond the term of President Duterte.”

“While it may look like a success on the surface like the thousands killed under the war on drugs, its impact to the due process of law, human rights, and professionalism of the PNP cannot be underestimated,” Alejano said.

He called “highly suspicious” the operations that resulted in the death of Ozamiz City Mayor Reynaldo Parojinog, his wife Susan, his brother Occidental provincial board member Octavio Parojinog Jr., and eight others.

He compared the bloody raid at the Parojinog compound to the Nov. 5 killing of Albuera, Leyte Mayor Rolando Espinosa at the Baybay City Sub-provincial Jail. In both cases, police officials claimed they were only trying to serve search warrants at nighttime but were fired upon by the mayors.

On the other hand, Alejano said the Parojinogs were “once considered untouchables” who dominated local politics thanks to “the fruits of their crimes.” For him, holding them accountable for alleged crimes was “something that authorities must have done long time ago.”