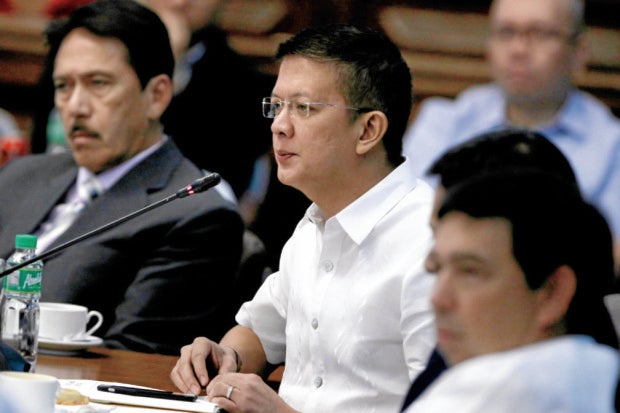 A search or arrest warrant can be served to drug suspects but not a “death warrant,” Senator Francis “Chiz” Escudero said on Monday.

Escudero, member of the majority bloc in the Senate, was reacting to the predawn drug raid in Ozamiz City on Sunday that reportedly left 15 people dead, including its mayor, Reynaldo Parojinog, and some of his family members.

“I will not be surprised if one of my colleagues will file a resolution to investigate what happened and given that both cases in the Albuera mayor and the Ozamiz City mayor, they were both suspected of having drug links,” the senator said in an interview over ABC-CBN News Channel’s morning show, Headstart, when asked if the Senate should probe the Ozamiz drug raid.

He was referring to Albuera, Leyte Mayor Rolando Espinosa Sr. who was also killed in a predawn drug raid inside his detention cell in November last year.

Any investigation, he said, should look into possible “overkill” used by the authorities when they served the search warrant to Parojinos’ residence at 2:30 am.

(What’s curious is that he was already named by Duterte as one of the narcopoliticians; why would you still hide drugs in your house? I mean, it’s out of the ordinary unless you’re really brave. I don’t know.)

Duterte earlier tagged the late Parojinog and daughter, Vice Mayor Nova Princess Parojinog Echavez, as among those on the list of alleged narcopoliticians in the country. The vice mayor is now under the custody of the police.

But Escudero said he was not ready yet to say if the police in the Ozamiz drug raid had committed any violations.

(But the police should explain what really happened, why did it happen that way.)

“Hindi naman pwedeng (It shouldn’t be that) we were met by a valley of fire and everyone is killed and nobody is killed in our side. They should, I think, be more detailed in their explanation in the next couple of hours or days,” the senator added. JE/rga