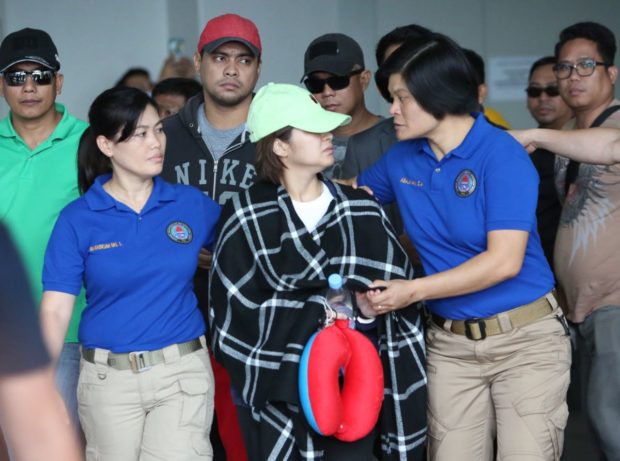 The siblings were among eight people arrested during raids by police in Ozamiz City Sunday morning.

The vice mayor’s father, Mayor Reynaldo Parojinog, and mother, Susan, were killed in a reported firefight when police tried to serve search warrants at their home in Ozamis.

President Rodrigo Duterte had tagged the mayor as a narco-politician, a claim he  denied.

Chief Insp. Jovie Espenido, the Ozamiz City police chief, said Echavez and her brother were flown from the Ozamiz airport to Manila. They were escorted by elements of the Criminal Investigation and Detection Group (CIDG).

“They’re in Manila by now,” he said. CBB/rga