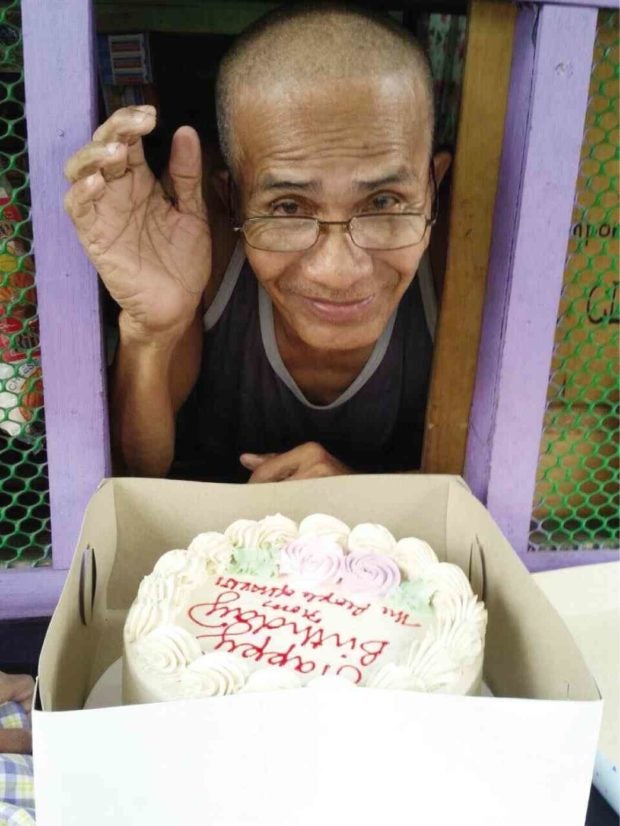 Expect to see more employees of the Makati Action Center (MAC) delivering birthday cakes to the homes of senior citizens around the city — not because the local elderly population suddenly spiked, but because City Hall has a lot of catching up to do.

The MAC has to make up for the seven-month period when the distribution was suspended from July to December 2016. The target is to hand out a total of 36,310 cakes for Makati senior citizens who had birthdays during those months.

As of Tuesday last week, 26,933 of them had received their cakes since the distribution resumed in February this year. Since July 1, the MAC has been speeding up deliveries at an average of 500 birthday cakes daily.

It hopes to meet the target by the first week of August, after which it will start giving away 31,209 more cakes, this time for seniors who celebrated birthdays from January to June this year.

“We are glad that we could finally catch up on our deliveries of birthday cakes to our beloved senior Makatizens,” Mayor Abby Binay said in a statement on Friday.

Binay blamed the backlog on her predecessor, Romulo Peña Jr., who served as acting mayor from June 2015 until she defeated him in the May 2016 local elections.

Peña was the vice mayor when then Mayor Junjun Binay, Abby’s brother, was ordered suspended and later dismissed by the Office of Ombudsman amid corruption charges.

The cake-giving program started in 2003 when their father, Jejomar Binay, was the city mayor.

In 2014, during Junjun Binay’s term, lawyer Renato Bondal made public allegations that the cakes were overpriced, a claim denied by the Binay camp.

According to Mayor Abby Binay, the contract for the supply of birthday cakes was “merely extended by the previous administration since 2015, and not opened to public bidding as required by law.”

In September last year, while the city government was still looking for a new supplier, Binay started giving boxes of cupcakes as her “personal gift” to senior birthday celebrators.

For this year, the Makati government said it allotted P33.6 million for free cakes to be handed out to senior citizens.

The mayor’s statement did not identify the current supplier.

The city’s public information office chief, Jun Salgado, could not immediately provide that information when asked in a phone interview, but said it was no longer Bakerite, the supplier during Junjun Binay’s term.