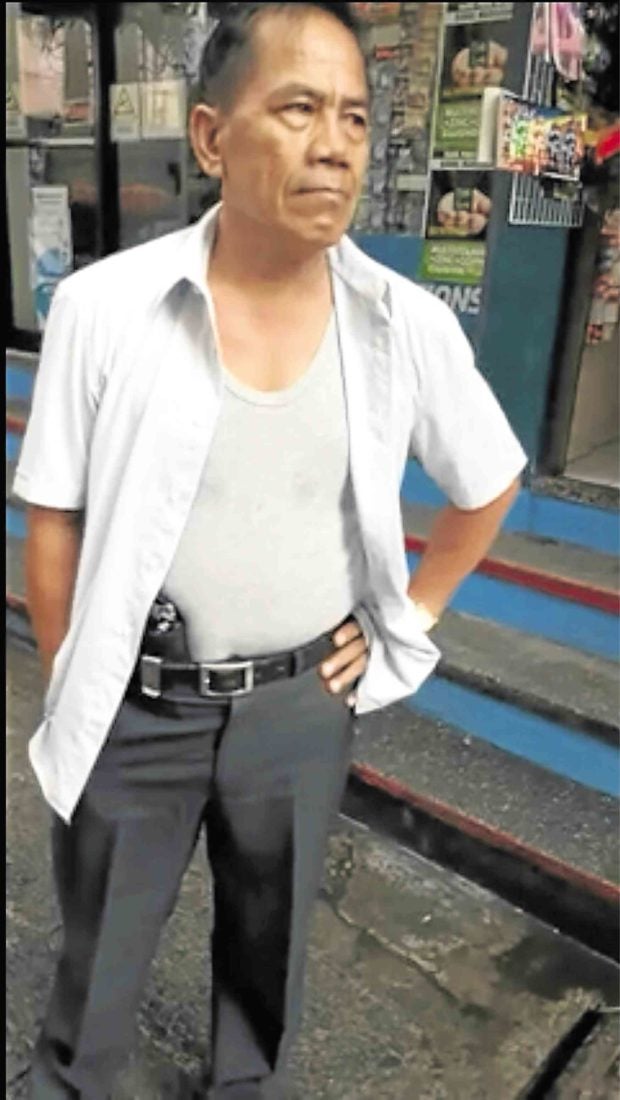 Being suspended is not the only problem faced by a policeman who was caught on video arguing with two brothers and allegedly showing off a pistol tucked in his waistband during a road altercation in Pasay City on Wednesday.

A complaint for child abuse was filed on Friday against PO2 Manuel Taytayon by Ralph Davenz Altea and his 17-year-old brother.

But in a countermove, Taytayon also went to the Pasay City prosecutor’s office to sue the Altea brothers for libel and cyberbullying, citing their Facebook post recalling the July 26 encounter and sharing the video.

The two parties traded accusations a day after Taytayon, a member of the of the Southern Police District’s (SPD) intelligence division, was ordered suspended by Director Oscar Albayalde, the chief of the National Capital Region Police Office, to face an investigation.

According to Altea’s Facebook post, he and his brother were walking on Apelo Cruz street near the Malibay plaza around 1 p.m. on July 26 when a teal Honda sedan started honking behind them.

Altea said the driver, later revealed to be Taytayon in civilian clothes, shouted at them and “grabbed his firearm from the backseat and pointed it at us.”

He said he started taking a cellphone video of Taytayon after he got off the car and pushed his younger brother while cursing at them. He also claimed that Taytayon pulled his hair.

In the video, a laughing Altea could be heard asking Taytayon in Filipino: “Are you pointing your gun at us? What’s your name?”

The police officer responded with an expletive: “P**** mo. Why would I do that?” The clip showed Taytayon with his white shirt unbuttoned and revealing a pistol tucked in his waistband.

In his complaint against the brothers, Taytayon said he was in the car with his wife when the two brothers knocked on the window on the passenger side using a piece of metal.

When he pulled the window down, the brothers shouted curses at them, he said. “I neither held my gun nor pointed it at them, but instead covered it with my polo (shirt) and tried to get back to my car,” he said.

He said the brothers “maliciously and intentionally” conveyed through their Facebook post that “I committed such alleged criminal acts, with the object of defaming me and destroying my reputation, and discrediting and ridiculing me and my family before the public.”

Taytayon said the Alteas even posted a picture of his family, including his 1-year-old grandchild, to mock them.

According to SPD spokesperson Supt. Jenny Tecson, the 54-year-old Taytayon is due for retirement in December next year and known to colleagues as a mild-mannered, fatherly figure at work.