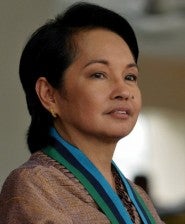 Justice Secretary Leila de Lima on Thursday said she had asked the Department of Foreign Affairs (DFA) to look into “unverified information” that the government of the Dominican Republic had provided “passports” to former President Gloria Macapagal-Arroyo and her family.

Speaking with reporters, De Lima raised the possibility that Arroyo and her husband, Jose Miguel “Mike” Arroyo, might seek political asylum if the Supreme Court allowed them to leave for abroad.

“Anything is possible. They can always do that,” she said.

The “sinister plot” purportedly hatched by the Arroyo camp was the subject of text messages received by reporters covering the justice beat.

“I’m asking the DFA on how to confirm that. The authority there would be the DFA,” De Lima said.

A number of messages on the Arroyos’ “escape plans” had been circulating in the media since De Lima announced on Tuesday that she would not grant the former President’s request to be allowed to seek medical treatment overseas for her bone ailment.

Part of the supposed plans was for Chief Justice Renato Corona, who once served as Arroyo’s spokesperson and chief of staff during her presidency, to cut his US trip short and grant the petition for a temporary restraining order (TRO) that the Arroyo couple had separately filed at the Supreme Court.

Last Aug. 23, the high court voted 13-0 to grant Mike Arroyo’s petition for a TRO on his inclusion in the immigration bureau’s watch list after being tagged in a Senate hearing as the owner of two used helicopters purchased by the Philippine National Police as brand-new.

On Thursday, the Department of Justice (DOJ) asked the high court to allow it to file its comment on the separate petitions filed by the Arroyos before acting on their request for a TRO.

In separate manifestations filed by the Office of the Solicitor General, the DOJ urged the high court to defer decision on the Arroyos’ petitions and set oral arguments on the matter.

Solicitor General Jose Anselmo Cadiz argued that Arroyo’s claim that she would suffer “irreparable damage” if her petition for a TRO would not be granted was baseless.

Cadiz said Arroyo’s medical abstracts did not support her claim that her health condition had been worsening.

He also said “there is no actual extreme and urgent necessity for [her] to travel abroad.”

De Lima said she had referred to the DFA information that the government had been receiving, “which is becoming the basis for our doubt on the true agenda for [the Arroyos’] travel.”

“What if our suspicions are true that this spectacle was just [meant as] a shield for their actual intention to escape the cases against them? They can do anything to give it a legal cover,” she said.

De Lima pointed out that Mike Arroyo recently traveled overseas ostensibly to seek stem cell treatment for his wife. “But in their request [for an allow-departure order], there was no mention if they had found a specialist in stem cell treatment,” she said, adding:

De Lima agreed with Jose Midas Marquez, the Supreme Court administrator and spokesperson, that nothing could prevent the Arroyos from leaving the country should the tribunal issue a TRO.

“That’s really the legal effect. That’s what we’re afraid of. If the TRO is issued at this very moment, then they can just leave a few hours [later],” she said.

Life on the run

Sen. Panfilo Lacson warned that life on the run would be hard for Arroyo.

“Your adrenaline and alert level would always be up,” said Lacson, who spent 18 months hiding abroad after being linked to the murder of publicist Salvador Dacer and the latter’s driver Emmanuel Corbito.

“I don’t enjoy a profile as prominent as hers, yet so many Filipinos abroad were able to recognize me,” he recalled.

Lacson said it would be unwise for Arroyo to attempt what he had done.

“I’ve experienced how difficult it is. I will not recommend it,” he said. “There are Filipinos everywhere and they would recognize me. It was a good thing those who did were sympathetic to my situation.”

Lacson returned last March after the Court of Appeals revoked the arrest warrant issued against him by the Makati Regional Trial Court in connection with the double-murder case.

“If [Arroyo and her husband] have more enemies than I do, life on the run would be more difficult for them. I have done it. I know what I’m talking about,” he said.

But Sen. Edgardo Angara said Arroyo was sensitive to public opinion and would not gamble with her legacy as a world leader.

“[The world is small] and the pressure of international opinion is so great that I think no person who has occupied such a high position as the presidency would risk that kind of escape,” Angara said at the Kapihan sa Senado.

“Besides, news is instantaneous right now. Where would she hide in case her escape or failure to return is reported by the media?” Angara said. “Especially in this … era where there is practically no place to hide, the media will always find her. The long arm of the law is longer now than before.”

On the other hand, Sen. Miriam Defensor-Santiago told the Inquirer that Arroyo could take her appeal for medical treatment abroad to the United Nations Human Rights Commission.

Santiago, a constitutionalist, was careful not to tackle the merits of Arroyo’s petition for the Supreme Court to invalidate her inclusion in the immigration bureau’s watch list.

Instead, she discussed the constitutional provision on a person’s right to travel:

“In Philippine jurisprudence, the right to travel is a human right because it is included in the Bill of Rights.

“Preventing a person to travel might give her the right to petition before the human rights commission of the UN. It allows private petitions from individuals. It is also a human rights issue.”

“Human rights are akin to Christian charity. The human body is inviolable. The Constitution prohibits cruel, degrading or inhumane punishment,” he said in a statement.

The senator continued: “When his fast was reaching the irreversible point, the martial law rulers got alarmed because Ninoy refused to budge. [His] military handlers brought the weak and helpless Ninoy posthaste to V. Luna General Hospital, where military doctors nourished him back to health.

“Even the hard-boiled martial law rulers, with blood on their hands, gave way to Christian charity and human rights concerns. No balancing of competing interests, no selective and arbitrary application of rules.”

Santiago said a person could be barred from leaving only if his/her flight would be a threat to “national security, public safety or public health.”

“Since travel is a constitutionally protected right, the burden of proof is on the party who seeks to prevent travel. Therefore, the burden of proof will be on the solicitor general. He has to prove that if the applicant leaves the country, the Philippines will be endangered in terms of security, health or safety,” she said.

Both the President and De Lima used “national interest” to justify the denial of Arroyo’s application to seek medical help abroad for her cervical spondylosis and hypoparathyroidism.