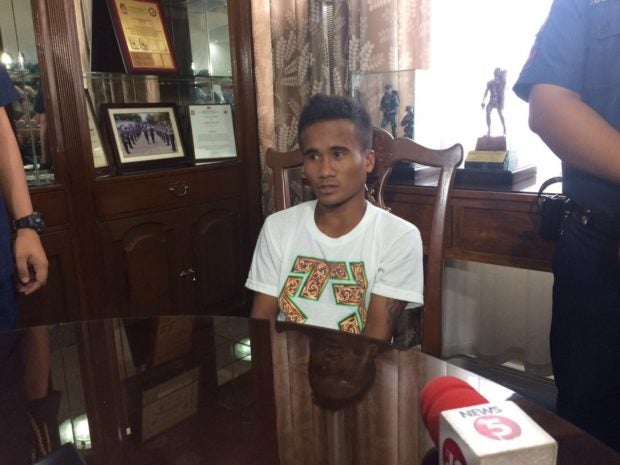 CITY OF MALOLOS—Construction worker Carmelino Ibañez pleaded not guilty on Friday when he was arraigned at a court here for the murder of five members of a bank guard’s family on June 27 in the City of San Jose del Monte in Bulacan province.

Ibañez, represented by lawyer Jose Cruz, faces five counts of murder and one count of rape charges at the sala of Judge Gregorio Sampaga of the Regional Trial Court Branch 78.

He entered the plea after the court rejected Cruz’s motion to suspend the arraignment and to commit Ibañez instead at a psychiatric hospital.

According to the court, Ibañez may undergo a psychiatric evaluation once the defense lawyer submits a petition.

Sampaga scheduled the trial on Aug. 11, 18 and 25, heeding a request for a speedy trial made by lawyer Pete Principe, who is representing Dexter Carlos Sr.

Carlos, a bank security guard, found the bodies of his wife Estrella, his mother-in-law Auring, and his children Donnie, Ella, and Dexter Jr. at their home in San Jose del Monte.

Cruz said he decided to represent Ibañez because no one else would. “The PAO had refused him. No one was willing. So I had no option but to represent him. There must be a defense lawyer or this case will not move,” he said.

The court ordered Ibañez to be detained at the Bulacan provincial jail here.

The attack drew public outrage and led to the murder of three persons of interest who were questioned by the police.

Ibañez originally confessed to killing the victims alone. He later implicated Rolando Pacinos and Anthony Rose Garcia, who were also questioned by the police.

A third man, Rosevelt Somera, was killed by gunmen, who broke into his house in San Jose del Monte on July 5, the day the victims were buried. A fourth man, Alvin Mabesa, remains missing. —CARMELA REYES-ESTROPE