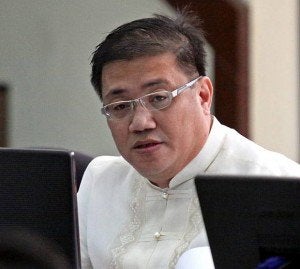 CEBU CITY—A former councilor has been barred from holding any position in government after he was found guilty of serious dishonesty for ordering his administrative aide to moonlight as cook during office hours at his girlfriend’s business restaurant.

The Office of the Ombudsman also forfeited the retirement benefits of former councilor Gerardo Carillo after ordering his dismissal from the service.

Carillo said on Thursday he would file a motion for reconsideration to contest the ruling of the Ombudsman.

“I have heard about this from the media but I have not received the official copy. Probably, I will move for a motion for reconsideration of that decision and avail of all legal remedies,” he told the Philippine Daily Inquirer over the phone on Thursday.

Carillo served as councilor of Cebu City for 12 years before he ran and lost in the congressional race in the city’s south district in 2016.

He said the complaint filed against him was fabricated and politically motivated.

Carillo was a a member of the Bando Osmeña-Pundok Kauswagan before he transferred to Team Rama.

Carillo’s administrative aide Michael Abellanosa filed a complaint against Carillo at the Office of the Ombudsman for allegedly mandating him to cook at Baryo Grille, the restaurant of the former councilor’s girlfriend.

Abellanosa said that he would just register his attendance in the biometrics at 5 a.m. and then proceed to the restaurant to cook.

He said he would go back to the office at 11 a.m. only to register his timeout.

The anti-graft office found out from seven employees of the restaurant that the establishment has been operating 24 hours daily.

Witnesses also testified that they saw Abellana work at the restaurant all morning on working days. In its ruling, the Ombudsman said Carillo deceived the Cebu City government.

“The local government of Cebu was deceived into paying complainant his salary for no work done and his defraudation was made possible either because the respondent authorized it or maybe because he was grossly negligent,” said the anti-graft ruling approved by Ombudsman Conchita Carpio Morales.

“The testimonies establish the lie committed by the respondent and this lie was further strengthened by his signature in Abellana’s monthly Daily Time Record,” it added.

The ruling was posted in the website of the Ombudsman.

Dishonesty, is the concealment or distortion in a matter of fact relevant to one’s office or connected with the performance of duties, according to the Ombudsman.

It entails an absence of integrity, a disposition to betray, cheat, deceive or defraud, the Ombudsman says in its ruling.

Since Carillo is already out of government office, the penalty of his dismissal will now be converted to a fine equivalent to his one-year salary.  But the bigger penalty would be the perpetual ban on Carillo from ever holding public office.  SFM