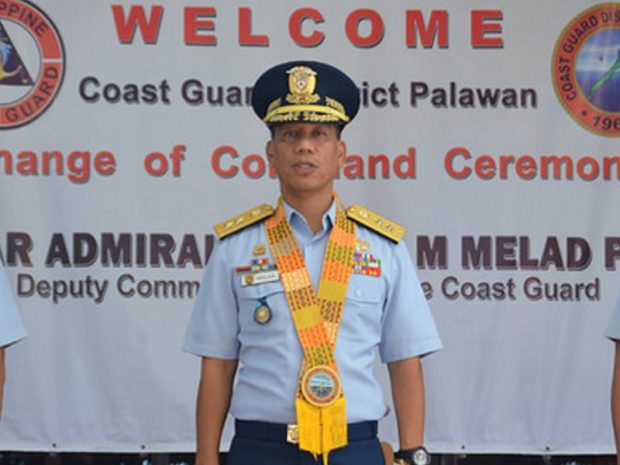 She also found basis to order the indictment of Melad, his now-retired predecessor Rodolfo Isorena and 23 others for multiple counts of violation of Section 3(e) of the Anti-Graft and Corrupt Practices Act and Section 65 of the Government Procurement Reform Act.

Isorena and Melad each face 25 counts and 16 counts of graft, respectively.

The 25 officials were also slapped with the penalty of dismissal after being found administratively liable for serious dishonesty, grave misconduct and conduct prejudicial to the best interest of the service; they were also perpetually barred from public office.

For officials who are no longer in government service, the penalty of dismissal is convertible to a fine equivalent to one year’s salary.

The criminal and administrative case arose from PCG’s resort to the method of splitting the purchase into several smaller transactions from February to May 2014 to avoid having to conduct a public bidding.

Investigators found that “fraud was evident from the canvassing to the delivery of the items,” according to the Ombudsman’s 83-page resolution on Monday.

Among the alleged irregularities were the transactions pertaining to cellular cards, in which Captain Lopez and Commodore Quintas were allowed a budget of P4.24 million, and Commodore Arquero and Commodore Supangan were each allowed P930,300 and P899,700, respectively.