Aguirre takes over BuCor amid drug return to Bilibid 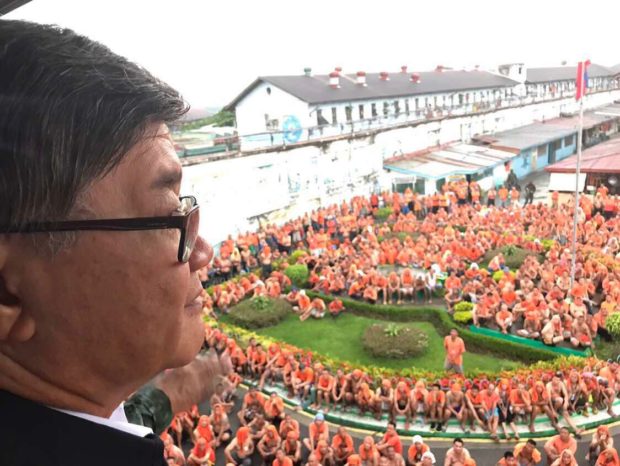 Secretary Vitaliano Aguirre II has taken over the Bureau of Corrections (BuCor) after Director General Benjamin delos Santos resigned amid the reported return of the drug trade at the New Bilibid Prisons (NBP) in Muntinlupa City.

“In the interest of the service, and in view of the indefinite leave of absence of BuCor Director General Benjamin De Los Santos, the undersigned … shall directly supervise the management and operations of the BuCor,” read a department order signed by Aguirre.

The order was dated July 26 and was released to media on Thursday.

Delos Santos said on July 13 that he resigned as BuCor chief after President Rodrigo Duterte criticized the resurgence of the drug trade at the NBP during the Bureau of Jail Management and Penology’s anniversary the day before.

“Ang droga bumalik na naman. Allegedly around 400 kilos were the reason for the shootout where somebody died there sa Muntinlupa,” said Duterte, whose controversial war against drugs continues.

Aguirre instructed BuCor officials and employees to submit and bring to him all matters that are beyond the authority of its officer in charge, Rey Raagas.

The order will take effect immediately and shall remain in force until further orders or until a new director general has been appointed. CBB/rga