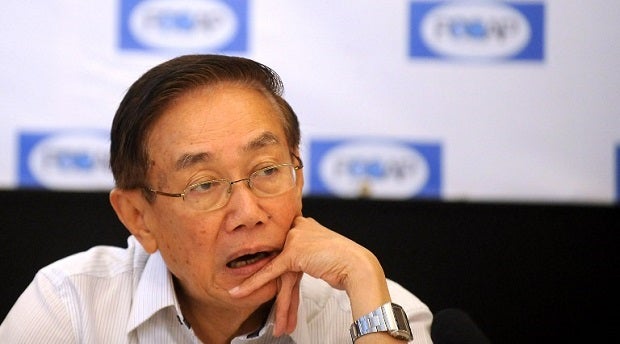 MANILA — A senior rebel leader has expressed hope  that the hostility between the government and communist rebels would soon end for the resumption of the peace negotiation.

“I’m still hoping that the peace talks with President Duterte can still be revived,” Luis Jalandoni, former chair of the National Democratic Front of the Philippines (NDFP) peace panel, said in an email interview on Wednesday.

Jalandoni believed that Mr. Duterte’s more than three decades of cooperation with the revolutionary movement in Mindanao would still matter in the revival of the talks amid the growing animosity between the government and communist rebels.

“After some time, could be several weeks (from now), this sharp contradiction will die down somewhat to once more pave the way for a quiet, informal dialogue,” Jalandoni said.

He added: “Achieving agreements, based also on past agreements, toward a just and lasting peace through genuine social, economic and political reforms, is still a possibility.”

He said the President’s visits to military camps were giving him “one-sided view of the reality”.

“It is important for him to get accurate reports on what was really happening on the ground. He should feel and hear the pulse of the masses,” he said.

In an earlier interview, Jalandoni said the peace talks, during the administration of former President Fidel Ramos in the 1990s, experienced a roller coaster ride.

Despite the “fight and talks basis” between the government and communist panels, Jalandoni said 10 agreements related to peace talks were signed during the Ramos administration.

“Secretary [Silvestre] Bello [III] and Secretary [Jesus] Dureza could remind President Duterte of these past experiences,” Jalandoni said, referring to the Duterte administration’s lead representatives in the peace talks.

He added: “Other peace advocates within and outside the Duterte [administration] could also remind him that the peace negotiations could still continue and aim for fundamental reforms beneficial to the people.”

Jalandoni is hopeful that the signing of the Comprehensive Agreement on Political and Constitutional Reforms (CAPCR), the release of political prisoners, and the conclusion of other mutual tasks to peacefully end the armed hostilities can still be done under the current administration.

Jalandoni assumed as NDFP chair after the panel’s creation in 1992. He relinquished his post last year, citing his advanced age.