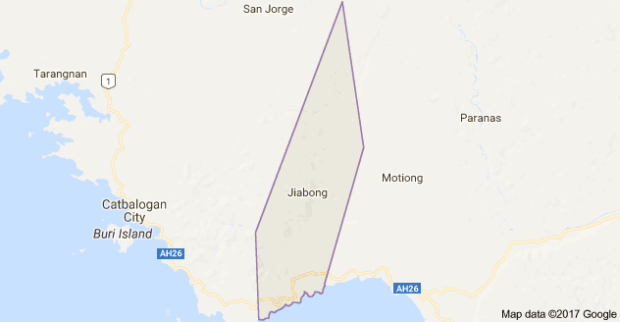 TACLOBAN CITY, Leyte — Two policemen survived on Wednesday noon, an ambush and bombing attack in a Samar town known to have an active insurgency problem.

PO1 John Cervantes and PO1 Rowan Sabanal, who both belong to the Catarman municipal police station, were wounded in both arms and sustained bruises on different parts of their bodies.

The two were on board their patrol car, cruising along the national highway in Barangay (village) Jian of Jiabong town at about 12.10 p.m., when an improvised explosive device exploded as their car passed by.  The vehicle had minor damage, a police report said.

Reports reaching the Jiabong police station showed that Cervantes and Sabanal were on their way to Tacloban City, on official business, when they were ambushed by a still undetermined number of armed men believed to be communist New People’s Army guerrillas.

The rebels immediately fled to a mountainous area of Barangay Jian, about 1 kilometer away from the town proper.

Jiabong is considered to be among the areas in Samar where the communist insurgency persists.