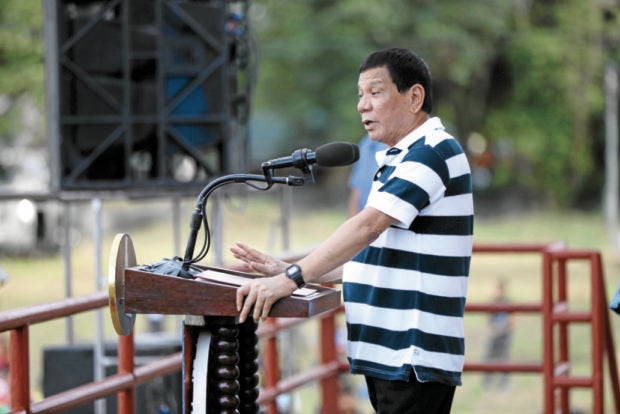 ILIGAN CITY—A community leader in Lanao del Sur province on Friday complained that President Duterte visited a military camp in war-torn Marawi City on Thursday but took no time to talk to Maranao local and traditional leaders who had been seeking an audience with him since the crisis started in May.

“Again, the President did not visit the datus, imams, who sought [a] few minutes with him,” Samira Gutoc-Tomawis of Dansalan Tano Sa Kalilintad (Our Dansalan [Marawi’s old name] for Peace) movement posted on social media.

Gutoc and her group have been asking Mr. Duterte to meet  with the Maranao datus and imams (religious leaders) to find a solution to the crisis, but Malacañang has yet to respond to their request for a meeting.

On Monday, Muslim religious leaders from Lanao del Sur traveled to Davao City to seek the help of Mayor Sara Duterte, Mr. Duterte’s daughter, in getting the President to sit down with them.

Agakhan Sharief, another community leader in the province, said the group submitted its request to Mayor Duterte’s office.

“We hope the President will give us his time. We have something to tell him, confidential, aside from our concerns regarding the ongoing hostilities,” Sharief said.

Sharief said the group was still waiting for a response from Mayor Duterte’s office.

During his visit to Marawi City on Thursday, Mr. Duterte spoke to soldiers, praising them for their heroism in fighting Maute and Abu Sayyaf terrorists, who seized parts of the city on May 23 to establish a province of the Middle East-based Islamic State (IS) jihadist group in Southeast Asia.

He also gave them gifts, including wristwatches.