Duterte to Red consultants: Surrender or be hunted down 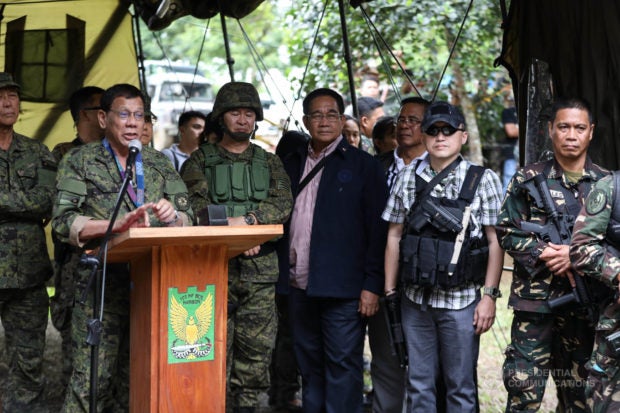 President Duterte on Friday said he has abandoned talks with the communist rebels and ordered the arrest of National Democratic Front of the Philippines (NDFP) consultants.

“Wala na. Ayoko na. Actually, maybe at this time they have decided really to stop talking and me I have also decided to just abandon the talks,” Duterte said in an ambush interview in Davao City.

He said the NDFP consultants should surrender because they were conditionally released to participate in the peace talks.

“They have to surrender or we will hunt them down. I am sorry, please do not resist because  magkagulo tayo niyan if you resist with a firearm or with a violence there. Do not resist. Surrender. Kasi ang usapan natin i-release kayo conditionally so that you can participate in the talks and you can make it successful because your presence is needed,” he said.

“But since there is no more talks, stick to the agreement and surrender. You will be hunted,” he added.