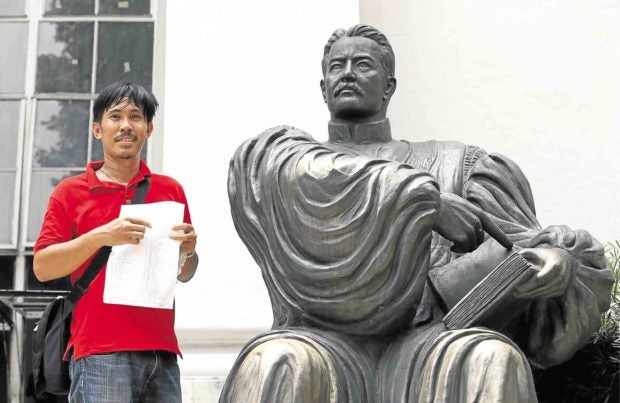 Ramil Comendador, the former utility worker who passed the 2016 Bar exams, is now an officer of the Commission on Elections (Comelec).

“Remember Atty. Ramil? Well he has been recently promoted as the new @COMELEC Election Officer of Navotas City. Congratulations!!” Bautista said on his Twitter account, @ChairAndyBau.

Comendador’s appointment came less than three months after he passed the bar exams whose results were announced in May.

In a statement, Bautista said he approved the recommendation of the Comelec regional selection promotions board, adding that Comendador bested six other applicants for the position.

“We recognize his diligence and determination to reach his goals and we are pleased to see him accept the challenge. We look forward to working with him even more now as he takes on his new role as an election officer,” Bautista said.

In a phone interview on Thursday, Comendador said he was surprised to hear about his promotion as he had yet to see the appointment papers.
More confident

“The last time I did a followup, the papers were still on process. I have no idea that they are already signed. Maybe it’s just a matter of formalizing the appointment,” he said.

Since passing the bar exams, Comendador said, not much had changed in his personal and professional life except for a boost in his confidence to help others who approach him for legal consultations.

“I really want to serve with the Comelec but it’s also necessary for me to practice law. Some (government) agencies allow their employees to have a limited practice of law while in the service, and that’s an option in the future,” he said.

Since 2012, Comendador has been residing with his family in Malabon City, where he served as election assistant prior to his new appointment.

Comendador was hired by then Comelec commissioner Rene Sarmiento as a utility worker in 2007 and went to law class at night. He earned a degree in public administration at Universidad de Manila in 2011 and his juris doctor degree at the same school in 2016.

“Ramil is certainly an inspiration to everyone, especially to his colleagues in the Comelec and to the youth. His story shows that if you work hard enough, you will be rewarded in the end,” Bautista said.