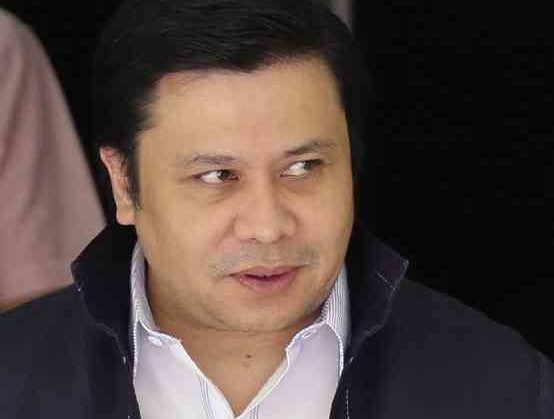 Former senator Jinggoy Estrada has asked for medical furlough for two days to undergo videocolonoscopy even as he is detained for plunder over the pork barrel scam.

In an interview after his scheduled plunder trial Monday, which was later cancelled, Estrada said his doctors have advised him to undergo videocolonoscopy, a procedure where a camera will be inserted into his anus to check on his colon, rectum, and small intestine.

“Merong elevated blood tests na nakita, may abnormalities but as far as my blood chemistries are concerned, normal naman,” he added.

In a four-page motion filed before the Sandiganbayan Fifth Division, Estrada asked for a two-day furlough to undergo a videocolonoscopy at the Cardinal Santos Medical Center in San Juan City.

Estrada underwent a blood test at his detention center and was noted to have “elevated levels” of CEA (carcinoembryonic antigen) and was advised to undergo the videocolonoscopy procedure “at the soonest possible time,” according to his motion.

The procedure may take only 30 minutes to an hour, but the preparation for it would take a full day, Estrada said in his motion.

“Considering the procedure requirement of one day, and post procedure, the accused requests that he be allowed to have two days medical pass,” Estrada said.

Estrada in the interview said he needed two days to complete the whole “messy” procedure, including the preparation.

If allowed by the court, Estrada said he would pay for all the expenses of the furlough, and that he would be accompanied by the Philippine National Police (PNP) custodial personnel.

This is not the first time that the actor-politician filed a medical pass.

The detained former senator previously filed and was granted medical passes on November 2014 and last May 2017 for his shoulder pains.

Estrada has been detained at the custodial center in Camp Crame since 2014, after being charged before the Sandiganbayan for plunder and graft for allegedly receiving P183.8 million in kickbacks from endorsing bogus foundations to implement ghost projects through his Priority Development Assistance Fund (PDAF). With Airei Kim Guanga, INQUIRER.net trainee/JE