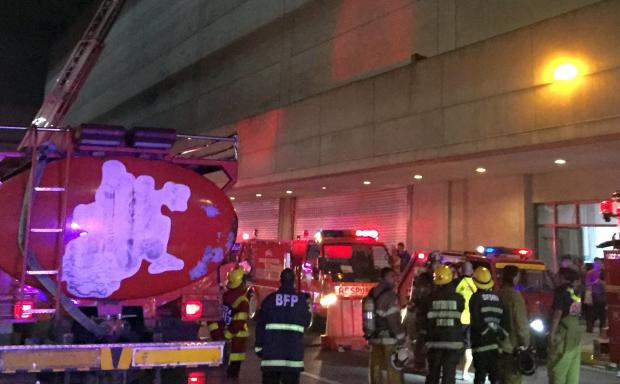 A fire of still unknown cause broke out in the warehouse of The SM Store at SM City North Edsa in Quezon City on Sunday evening, according to an official statement released by the establishment.

Authorities raised a third alarm on the fire as of 8:48 p.m., according to an earlier Tweet by the Metropolitan Manila Development Authority (MMDA).

In a statement posted shortly before 10:00 p.m. on its Facebook page, SM City said: “Our emergency response team was immediately on site to manage said incident. The situation is already contained. No one was hurt in the incident. Investigation into the matter is ongoing, together with the Bureau of Fire Protection. The mall is in normal operations and maintenance and clearing activities are being conducted.”

According to a Radyo Inquirer report, the BFP declared fireout at 10:33 p.m.

The fire occurred on the last day of the establishment’s three-day sale.

Earlier, reporters were barred from taking pictures of the firetrucks parked behind SM City North Edsa.

This reporter was on the first floor of the department store when he smelled smoke.

The people then were not yet ordered evacuated even as firetrucks were parked outside. /atm 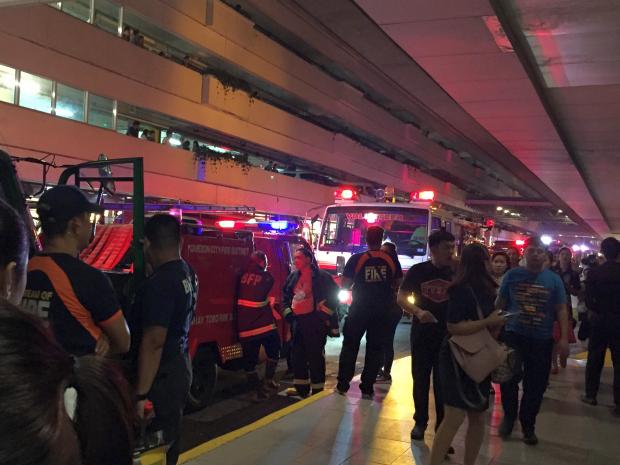 Firefighters arrive at The SM Store as shoppers hurry out on Sunday, July 16, 2017. (Photo by MARC JAYSON CAYABYAB / INQUIRER.net)