Death came through a tiny hole in the wall | Inquirer News

Death came through a tiny hole in the wall 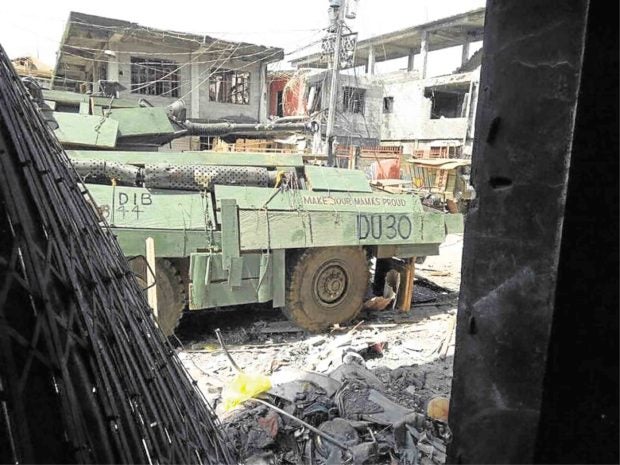 IN MAMA’S NAME A tank proclaims the driving force behind the mostly young soldiers’ fighting spirit. “Mama, mama!” were the last words uttered by a dying soldier. —JOSHUA MORALES/RADYO INQUIRER

As a young and newly designated officer in the Armed Forces, 2nd Lt. Rex Busilan had faced the Abu Sayyaf forces under Radhdullan Sahiron. But the battle in Marawi where he and his men from the 15th Scout Ranger “Mandirigma” company faced the Islamic State-linked Maute Group was nothing like the encounters in Sulu, he said.

Sulu was a jungle setting, which they were trained for, while the Marawi crisis presented an urban battleground.

“In terms of encounter, this was very different. It was a close quarter battle, like shooting your next-door neighbors, when all the while, we were trained to fight in the mountains,” he said.

The battle in Marawi also gave him a most painful lesson.  Death, he found out, could come anywhere — even the tiniest hole on the wall. 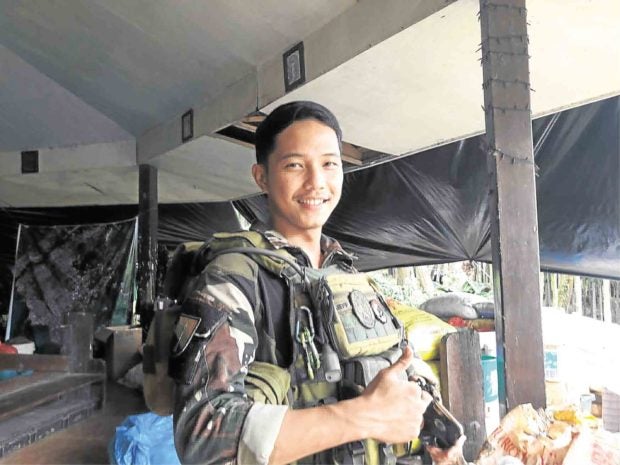 BACK TO THE FRONT LINE 2nd Lt. Rex Busilan

Among the men that Busilan lost in the Marawi battle was Pfc. Jethro Vincent Carlos, who was hit by the enemy through such a hole.  “Sakto sa butas, yun yung pinanggalingan ng bala ng kalaban (the hole was exactly the size of the enemy’s bullet). No one noticed it, no one thought it was possible for a bullet to come from there. Carlos was hit at the back, at his nape.”

Carlos was rushed to the Seventh Day Adventist Sanctuary Hospital in Iligan City, but died minutes later. His last words were “Mama! Mama!” according to Busilan who was holding the soldier’s hands when he breathed his last.

The words made Busilan think of his own mother. 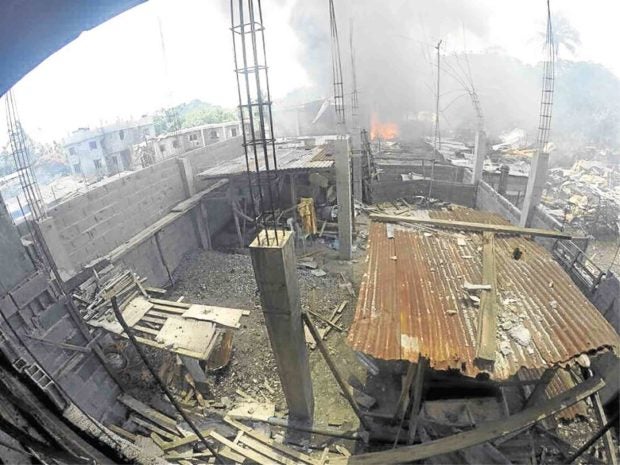 BUILD, BUILD, BURN A rusting roof, steel supports and the making of several posts remain of a house under construction.

When he was deployed to Marawi City, Busilan thought he and his men would be there for just a week or two. But to their surprise, they found an overwhelming number of enemy forces.

The fighting was at such close range that it felt like neighbors were shooting at each other, Busilan added. The main difference, he said, was how well-armed the enemies were. “We take aim and then we shoot. But they would just keep shooting. They were trigger happy, and their main purpose, it seemed, was to lower our morale by hitting our troops with stray bullets,” the young officer said.

Despite all those adjustments and getting wounded in one of the encounters, the young officer from Makati wants to go back to the front line. “There is no other way to go but back in action,” he said, citing Carlos’ death and those of at least 90 other officers and men killed in Marawi. 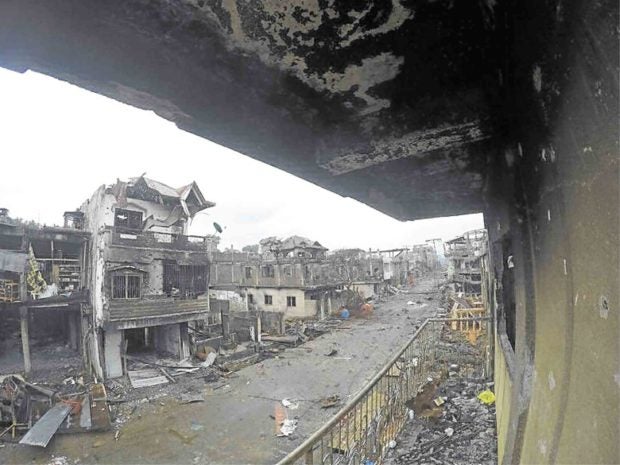 LIKE MOSUL Burnt and bombed-out structures in Marawi recall those in Mosul, Iraq.

But more than fighting for those killed in action, Busilan said he wants to finish the mission to liberate Marawi from the terrorist group so that the Maranaos can now go back to their beloved city.

Sadly, however, that city now lies in ruins. 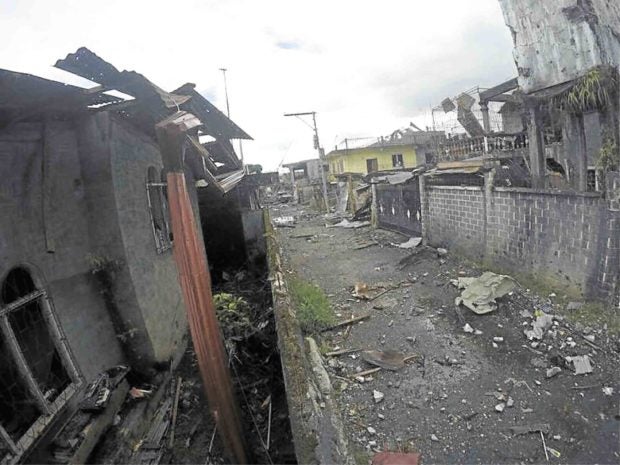