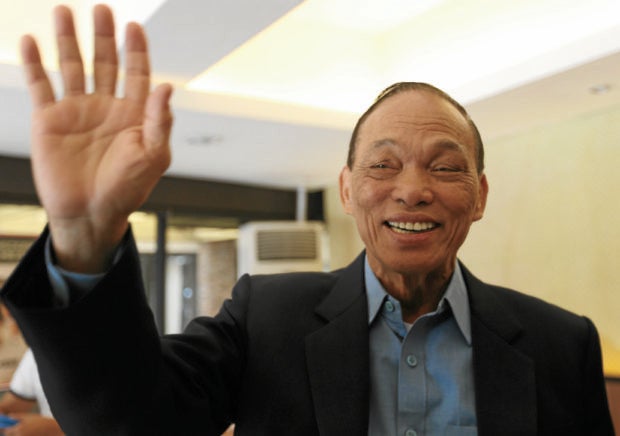 It was just a “guesstimate” all along.

The newly appointed chair of the Dangerous Drugs Board (DDB) had the frankness to admit that the statistic often cited by President Rodrigo Duterte to justify his bloody crackdown on illegal drugs — that there are now about “three to four million” addicts in the country — was not as solid as it ought to be.

Or maybe retired Army Gen. Dionisio Santiago just wished to show that his new job was more than just a numbers game.

In a media forum in Quezon City on Saturday, Santiago said he was still standing by this major piece of data about the extent of drug use among Filipinos.

It was the Philippine Drug Enforcement Agency (PDEA) — when it was headed also by Santiago — that first used that figure. And that was five years ago.

“But that is my guesstimate… based on my experience on the ground,” he said, referring to his stint as PDEA chief during the Arroyo administration. He also served as chief of staff of the Armed Forces of the Philippines from 2002 to 2003.

Santiago was appointed to the DDB a month after Mr. Duterte fired then board chair Benjamin Reyes for stating that the number of drug users in the country was only around 1.8 million. Contradicting the Palace line, Reyes then said the lower figure was based on a 2015 DDB survey.

The DDB serves as the policymaking body on drug prevention and control, composed of several government agencies that include PDEA, Department of Health (DOH), Department of Education (DepEd) and the Philippine National Police.

As DDB chief, Santiago said he intended to revisit the antidrug law and prioritize “a legal approach” to solving the drug problem.

“Fear factor is good only to a certain point,” he stressed. “Oplan Tokhang was effective because it sowed fear among drug users, but it should be supported by other programs.”

Launched by the PNP at the start of the Duterte administration, Tokhang is the campaign that has forced thousands of known drug users and smalltime pushers to “surrender” and be documented for later referral to rehabilitation programs. But critics soon associated it with the rising number of drug suspects killed in police operations or vigilante-style attacks, since many of the fatalities were Tokhang surrenderers.

Santiago, who ran for senator under the Duterte ticket in the May 2016 elections, pointed out a need to “fine tune” the administration’s antidrug efforts, and that “a new survey” must be conducted later to assess whether these efforts are succeeding.

Although his term as DDB chair would last only a year, Santiago said his target was to foster collaboration and cooperation among the 17 members of the board.

“Even if they place me there for six years, what will I achieve if the board members would not cooperate with me?” he said. “My target is to make the board members understand the Republic Act No. 9165 [or the Comprehensive Dangerous Drugs Act of 2002].”

“My work is to conduct (an orchestra), as if PDEA is my trombone and DOH, my saxophone.”

“There is a certain degree of accomplishment (in fighting illegal drugs), but that has been limited to law enforcement,” he said. “But by having orchestrated and collaborative effort by those involved in government policies, it could be made better.”

“We should work on public health and with the (DILG) to approach the problem in the barangay level,” Santiago said. “We should also approach it by educating families, and this is where DepEd can step in.”

Latest data from PDEA shows that over 3,600 out of 42,036 barangays in the country have been declared “drug-cleared.”

According to PDEA Director General Isidro Lapeña said the interagency committee on illegal drugs aims to declare 5,272 barangays freed from the drug menace by the end of the year.