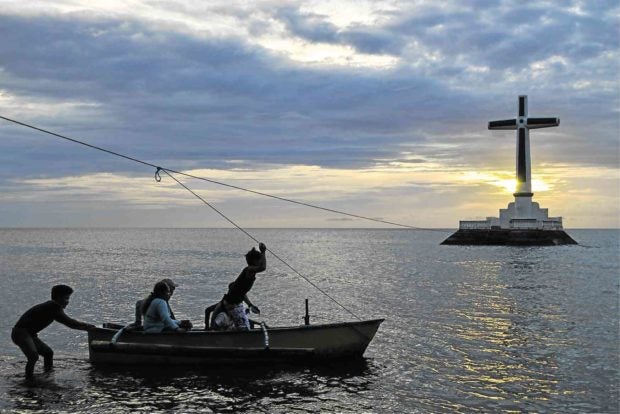 The Sunken Cemetery is among the best spots to watch Camiguin’s sunset. —PHOTOS BY JIGGER J. JERUSALEM

MAMBAJAO, Camigui — Although Camiguin is only a speck on the northern part of Mindanao, the island province is packed with destinations that can make one’s two-day break worthwhile.

Camiguin is known as the “island born of fire” due to volcanic eruptions that shaped the province. In fact, the number of volcanoes in Camiguin, at seven, exceeds the number of its towns.

“Come again” has become Camiguin’s catchphrase to entice visitors to return. Indeed, they are returning, earning the province a spot among the top destinations in the country due to its natural attractions.

As the Philippines’ fifth most visited province, Camiguin registered 629,613 tourists in 2016.

With a circumferential road of just 64 kilometers and a total land area of 29,187 hectares, anyone can complete a tour of Camiguin in less than a day. But with its numerous tourist attractions scattered in five towns, a day or two won’t be enough to enjoy what the island has to offer.

What makes Camiguin unique is it offers everything to visitors, with attractions ranging from springs, waterfalls, beaches, to outdoor adventure activities, according to provincial tourism information officer, Flor Colmenas. 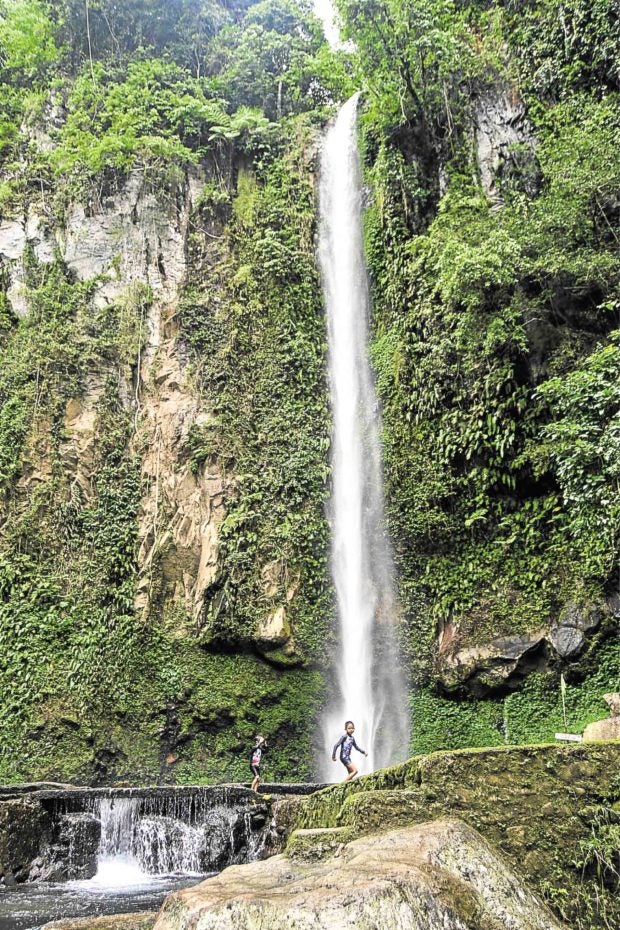 One of the newest destinations is the Camiguin Nightscapes, a stargazing spot within the Mounts Timpoong-Hibok Hibok Natural Monument, a chain of mountains teeming with plants and animals declared as a natural heritage site by the Asean Centre for Biodiversity last year.

The island has only 790 hotel and inn rooms but the province has managed the influx of people, even during the peak of summer, Colmenas said.

Camiguin is considered one of the best diving spots in the country, with more than 30 marine sanctuaries around the island.

Much of the island was formed through earthquakes and volcanic eruptions. In late 1871, the eruption of Mt. Vulcan submerged the old town of Catarman, pushing it below the sea and leaving behind ruins of a church and bell tower (known as Old Church Ruins) and sinking a local cemetery, now marked with a huge concrete cross.

A visitor’s first day in Camiguin should be spent in waterfalls and springs, first among them Katibawasan Falls in the capital Mambajao. Water from this towering cascade is so cold that only those daring enough can stay for more than 10 minutes.

Next stop is the “soda water pool” in Catarman. The pool is filled with refreshing soda water where one can swim in and drink as well. Warning: You might not want to get out of this pool.

After a dip, head to Tuasan Falls, also in Catarman. This spot is far from any settlement, giving the place an enchanted feel.

Nearby is the Santo Niño Cold Spring, one of the most popular resorts that residents and visitors alike frequent.

Sightseeing is best in the afternoon. Among the more interesting sites are the volcano observatory, Old Church Ruins, the Sunken Cemetery, and the walkway to the old volcano, all in Mambajao.

The observatory provides a breathtaking view of some parts of the island.

Visitors usually come to the Sunken Cemetery to catch the sunset. The walkway is popular among Catholic devotees during Holy Week as it serves as Stations of the Cross.

Cap your first day with a visit to Ardent Hibok Hibok Hot Springs.

Visit the White Island sandbar in Mambajao and Mantigue Island in Mahinog town early in the morning when the heat is bearable. If you’re into scuba diving, the waters of Mambajao, Mahinog, Guinsiliban, Catarman and Sagay towns are teeming with marine life. 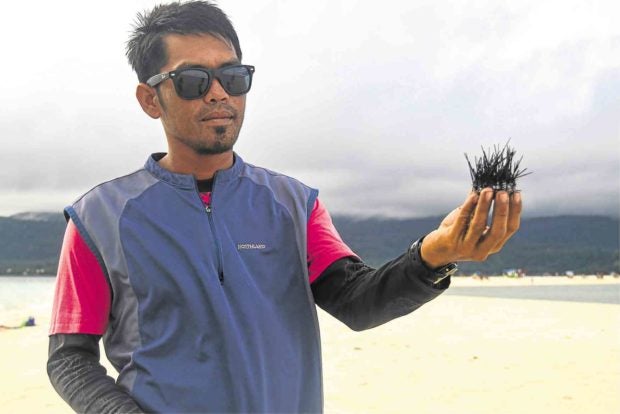 In the afternoon, hike through Mounts Timpoong and Hibok-Hibok to appreciate the island’s beauty.

End the day shopping for souvenir items in Mambajao. Don’t forget to bring a box or two of Camiguin’s pastel, a bun filled with yema (caramelized milk) or ube (purple yam spread).

Home of choice for every Filipino