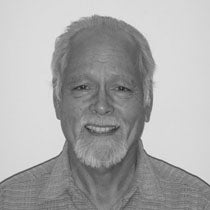 Dr. Kelvin S. Rodolfo, a prominent Filipino-American geologist, has served in the DOST Balik-Scientist Program (Photo from the official website of the Department of Science and Technology)

MANILA — Prominent Filipino-American geologist Dr. Kelvin Rodolfo has filed a P6-million civil damage and copyright infringement suit against former and current Department of Science and Technology officials for failing to acknowledge his authorship of an P80-million storm surge mapping project that the government approved and implemented in 2013.

The suit claimed the respondents let another entity used Rodolfo’s submitted work and accused them of inhuman and insulting conduct by ousting him from the project.

Speaking to reporters through a video conference in Makati City, Rodolfo, currently in the United States, said he was compelled to file the suit after incumbent DOST Secretary Fortunato de la Peña backed the findings of the National Academy of Science and Technology (NAST), which heard Rodolfo’s complaint.

The NAST is the DOST’s primary recognition and advisory body, and is composed of prominent Filipino scientists.

“If someone like me can be abused in this way, how are other scientists being treated? Colleagues have told me that my experience was not unique, as the casual, matter-of-fact way in which it was done also suggests. If younger scientists are similarly abused, might they not be afraid to complain, fearing retaliation? Would this not be just another inducement for them to seek employment abroad? And how can this be helpful for our national science?” he said.

Rodolfo blamed “corruption” in the DOST for what happened to him.

Rodolfo’s lawyer Galahad Pe Benito said that  Rodolfo’s proposal, upon submission to and acceptance by the DOST, constituted a binding contract that gave Rodolfo the right to be identified as the project’s author and the right to be consulted during the implementation phase and when necessary changes would be made.

In his complaint, Rodolfo said it was Dr. Mahar Lagmay, director of the DOST Project Noah (Nationwide Operation Assessment of Hazards), who invited him to participate in the government’s effort to address the threats of typhoon-triggered storm surges.

Rodolfo said that as the beneficiary of the DOST Balik-Scientist Program attached to Project Noah in January 2013, he wrote a proposal titled “Initiation of System to Identify, Quantify and Map the Storm Surge Threat to Philippine Coasts.” The project was presented in February 2013 to the PCIEERD, one of the DOST’s funding agencies, but the department government panel disapproved it.

After he left for the US the following month, Rodolfo said the DOST requested Lagman and the Philippine Atmospheric, Geophysical and Astronomical Services Administration to resubmit the proposal, which they did in May. This time the project was approved with him as the project leader.

Rodolfo said he was surprised when he learned that the PCIEERD removed him from the project in August for allegedly being a non-Filipino citizen. Rodolfo has said he has always been a natural-born Filipino citizen although he also holds US citizenship because his mother is an American.

“This is a blatant theft of my intellectual property. DOST never consulted or informed me of my ouster by any formal letter, email message, telephone call, or even a simple text message. As the intellectual author of the proposal and an initial project leader, I regard this treatment as malicious, contemptuous, and deeply insulting,” he said.

Rodolfo has claimed that elements of his proposals were used by DOST and its agencies without his knowledge and consent, prompting him to file a complaint with the NAST, of which he is a member.

He said the DOST and PCIEERD officials he spoke with or wrote to through the years to demand justice either denied any wrongdoing, blamed a subordinate, or apologized to him.

The NAST ethics committee investigated the complaint starting July 2014, found documents backing Rodolfo’s claim of intellectual property theft, and, after 19 months, rendered a report that was submitted to then secretary Montejo in February 2016.

Montejo did not act on the report but his successor, De la Peña, wrote Rodolfo in September 2016 saying that the committee did not find any documentary basis for the intellectual property theft allegation.

De la Peña admitted nevertheless there were lapses in communications and recognition of Rodolfo’s work, and even offered to publicly acknowledge and apologize to him.

Rodolfo said he disagreed with De la Peña’s ruling, citing the contradictory findings of the DOST and its exoneration of its officials despite the documents earlier gathered during the investigation. Rodolfo also resigned from the NAST in November.

He added that the monthly honorarium the project would have paid him was not large. Out of his goodwill as a Balik-Scientist Program awardee, he said he did not even collect a per diem fee but worked on the proposal for a week, 16 to 20 hours a day.

“The real injury was to deny me the opportunity to serve my country of my birth in the storm-surge mitigation effort. Imagine how I felt, after months of enforced idleness, when the supertyphoon Yolanda storm surge [in November 2013] happened,” he said.

Rodolfo is asking the court to award him P3 million as moral damages, P2 million as actual damages and P1 million as exemplary damages. He said he would use the award, if granted, to “invest” in young Filipino scientists.

Rodolfo gained prominence in the 1990s as the leading international expert on lahar flows during the eruption of Mt. Pinatubo. He was also involved in petroleum exploration and scientific deep-sea drilling projects.  SFM