President Rodrigo Duterte said on Wednesday that he wanted the reinstatement of Supt. Marvin Marcos despite facing homicide charges.

Marcos was earlier charged with murder in connection with the killing of Albuera, Leyte Mayor Rolando Espinosa, Sr.

Duterte’s remarks came a month after the Department of Justice downgraded from murder to homicide the case against Marcos and police officers involved in the Espinosa killing.

Marcos and the other policemen accused were arrested in March after warrants for murder were issued against them. But the police officials were freed since homicide is a bailable offense.

“Eh tapos na ang suspension, sabi ko ibalik ninyo sa trabahong iyang mama na iyan. Wala naman doon iyan eh (The suspension has ended; I said, take him back to his job. He wasn’t even there),” the President said in a speech during the Bureau of Jail Management and Penology (BJMP) in Camp Aguinaldo.

Duterte believed that Marcos was not part of the raiding team that killed Espinosa. 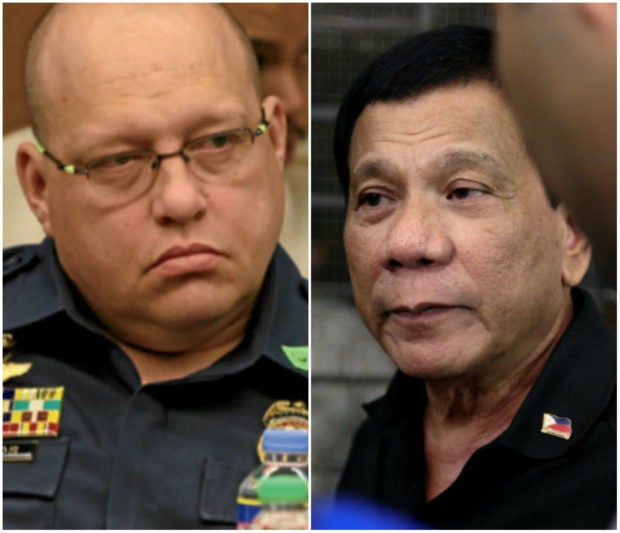 “Yes,” Dela Rosa answered when asked if he was in favor of reinstating Marcos.

The President said in his speech that he would not allow his police to go to jail for doing their job and obeying his orders.

Dela Rosa said the President’s remarks were a morale booster for the police.