France to cut 11B euros in taxes next year — PM 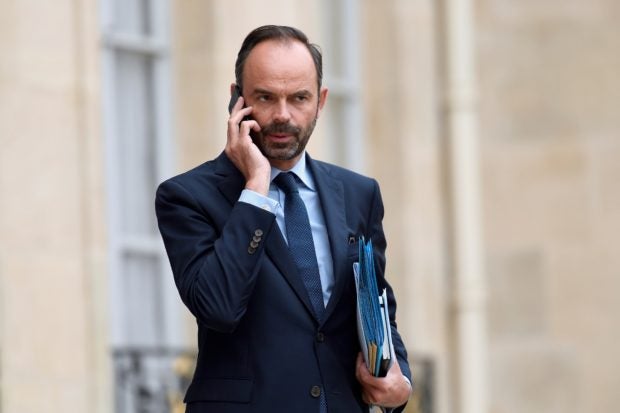 French Prime Minister Edouard Philippe leaves after a meeting at the Elysee Presidential Palace in Paris on July 11, 2017. AFP

Paris, France — France will cut taxes on businesses and individuals by roughly 11 billion euros ($12.6 billion) next year, faster than the government had originally intended, Prime Minister Edouard Philippe has said.

The goal is to create incentives for investment, hiring and economic growth, Philippe told Les Echos daily in an interview published on its website late Tuesday.

President Emmanuel Macron has promised to put France’s financial house in order, with plans to cut taxes by a total of 20 billion euros over his five-year term.

At the weekend, Philippe had indicated tax cuts of around 7 billion euros for next year.

“But last week, with the president, we decided to accelerate the rhythm in order to get the most economic impact from this strategy,” he told Les Echos.

Key measures will include eliminating a local residence tax for 80 percent of French households and reductions in wealth taxes, while corporate taxes will eventually be dropped to 25 percent by 2022.

Philippe said the government was counting on economic growth of 1.6 percent this year and 1.7 percent in the following 12 months.

But Philippe reiterated the government’s pledge to bring the French budget deficit to below 3.0 percent of economic output, in line with EU budget rules.

“We have told parliament that we are aiming for a deficit of 2.7 percent of GDP next year. But I’m not going to be obsessed with a number: My political goal is to be under 3 percent, thanks to restored confidence.”