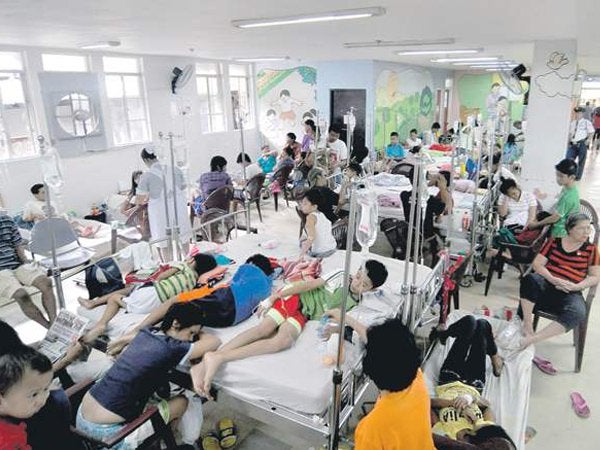 MANILA — The Commission on Audit has called out the Department of Health for various delays in the implementation of P1.505 billion worth of infrastructure projects under the Health
Facilities Enhancement Program.

In its 2016 annual audit report, COA said this came at the expense of the “benefits that the public could have derived from the immediate and maximum use of the said facilities.”

The HFEP provides funding assistance for infrastructure and equipment of government health facilities nationwide, with the aim of improving the delivery of basic, essential and specialized services. A total of P83.365 billion was invested from 2010 to 2016 to upgrade, rehabilitate and construct health facilities.

But, COA said P1.188 billion worth of infrastructure projects were not completed within the contract timeframe.

Among the reasons cited were the absence of required building permits, changes from the original plans because of “functionality” issues, unavailability of materials and laborers, and frequent weather disturbances and limited shipping cargo.

COA said some of the projects were already due for termination of contracts, and other contractors were subjected to liquidated damages after the management found them in default of their obligations.

However, the termination of the contracts have not been put into effect as of reporting time. “Thus, management’s actions that may be made against the contractor such as, forfeiture of warranties and liquidated damages are not yet enforced with finality,” read the COA report. 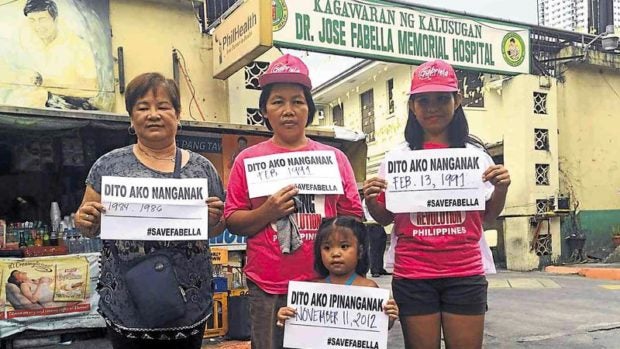 COA also observed that the contractors have not submitted their certificates of completion and their claims were not processed because the projects were not finished on time.

Despite these hang-ups, COA said one contractor was even awarded several projects by the Bicol regional office despite having a previous project in the same agency that went overdue at the time of award.

At least, the aforementioned projects have started moving already. Meanwhile, five projects with the Don Jose S. Monfort Medical Center Extension Hospital (DJSMMCEH) in Barotac Nuevo, Iloilo, worth P25 million have not begun at all.

COA said the preparation of the plans and program of works and estimates of the DJSMMCEH projects was beset by “poor planning.” This caused the non-implementation of the projects, which deprived the local constituents of the program’s benefits.

On the other hand, a total of P291.748 million worth of completed infrastructure projects were found to be idle or unutilized.

These facilities were meant to be used by the Region XI office, as well as the Jose R. Reyes Memorial Medical Center (JRRMMC) in Manila, Baguio General Hospital Medical Center (BGHMC), and the Philippine Orthopedic Center (POC) in Quezon City.

COA said the facilities were not used because of various work defects in the buildings, such as damaged ceilings, soil subsidence, cracks on the wall and floors, floor tile problems, and faucet leaks.

Also noted were the unavailability of required equipment, the non-completion of the powerhouse to supply electricity, the absence of occupancy permit. The facilities were also not yet tested and accepted by the hospitals in question.

“The aforementioned deficiencies defeated the primary objective of the HFEP to provide healthcare services to intended beneficiaries,” COA stated in its report.

Besides the P1.505-billion infrastructure projects, COA also observed that an additional P101.649 million worth of HFEP equipment could not be used or were found to be defective.

These equipment could not be used due to various defects, lack of space, absence of occupancy permits, lack of electric requirements, pending licenses and accreditation, and lack of trained personnel.

Some of the facilities have not even “encountered a situation wherein they need it.” In other cases, the hospitals already have an existing functional and similar equipment.

Some P2.93 million worth of equipment in the Conner District Hospital in Apayao province were functional and utilized already. However, personnel there were only equipped with basic and minor knowledge, requiring the management to refer them to an expert technician even for slight malfunctions.

The COA also found out that P43.45 million worth of mobile dental vehicles distributed to the National Capital Region, Cagayan Valley, Zamboanga Peninsula, and the Caraga Administrative Region also could not be used because of various defects, such as defective air-conditioning units, drained batteries, malfunctioning water systems, and the lack of dental scalers.

As for the infrastructure projects, COA urged DOH to direct the Health

Facility Development Bureau heads and the regional offices to facilitate the full operation of the newly built structures and install the needed equipment and utilities. It also urged the agency to direct the fast-tracking of the completion of project plans and procurement processes.

COA also recommended that regular and strict monitoring be conducted on ongoing infrastructure projects to immediately detect and remedy defects. It also said issues regarding the necessary DOH licensing permit and Philippine Health Insurance Corp. accreditation should be properly addressed to avoid delay in the delivery of health services.

It also sought the imposition of liquidated damages for the construction delays, adding that unsatisfactory and poor performance by contracts should be reported to the concerned authorities for disciplinary action.

Meanwhile, as for the equipment, COA said DOH officials should be directed to conduct 100-percent validation not only on the receipt, but also on the condition and utilization of distributed equipment, and impose sanctions on erring suppliers as well as the DOH personnel who inspected and accepted the deliveries of defective items.