CBCP:  Catholics should talk more with Muslims, people of other faiths | Inquirer News

CBCP:  Catholics should talk more with Muslims, people of other faiths 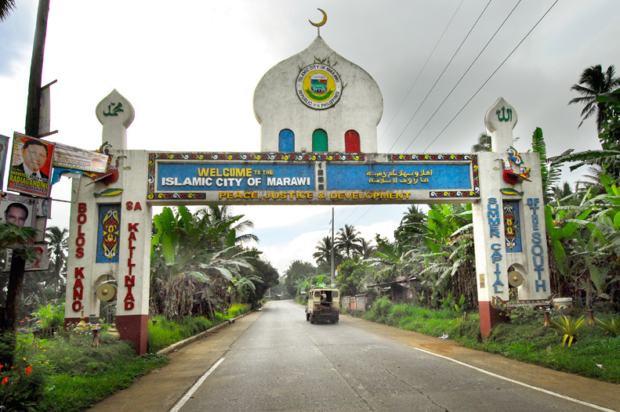 MANILA — The Catholic Bishops Conference of the Philippines urged its flock to be more active in inter-faith dialogue with people of other religions or faiths as it called for a return to peace in war-torn Marawi City.

In a two-page statement following the CBCP’s plenary assembly last weekend, the country’s bishops also appealed to the faithful to help the government rebuild and return Marawi City to normalcy.

“Let us help the government rebuild the city of Marawi so that its citizens may return and restore their broken lives,” said CBCP president and Lingayen-Dagupan archbishop Socrates Villegas.

Villegas, who will end his term on November 30, signed the statement on behalf of the more than 90 prelates who participated in the three-day plenary assembly last weekend.

Among the issues discussed was the horrific battle in Marawi City between the Army troops and the Maute terrorist group.

Marawi Bishop Edwin dela Peña and Iligan Bishop Elenito Galido were invited to speak on the Marawi conflict — Dela Peña, in Marawi City and Galido, whose diocese took in thousands of evacuees.

“War in Marawi, never again! War in Marawi, no more! We therefore call for the return to normalcy and peace in Marawi and its environs as soon as possible,” the prelates said.

They added: “We wonder whether the continued state of Martial Law, much more its extension, will bring this about.”

The CBCP pointed out that the situation in Marawi City was not a religious war, citing stories of how Muslims and Christians helped protect one another in their time of need.

“Muslims have protected and helped Christians to escape from almost certain death. Even now Christians are assisting thousands of Muslims who have fled from Marawi for safety. These are indisputable signs that there is no religious war,” Villegas said.

The bishops stressed the need for inter-faith dialogue among different religions “so that our various faiths may not be exploited and abused for the sake of terrorism or violent extremism.”

“Let us teach the young and the old that our faiths are meant for peace. No religion teaches the killing of innocent people, simply because they belong to another religion,” they added.

The CBCP also condemned “in the strongest terms possible” the Maute terrorist group for “contradicting the fundamental tenets of Islam by abducting and hostaging, maiming and killing the innocent.”

At the same time, the bishops called on the public to be active in loving one’s neighbor by praying for the safety of the trapped civilians held hostage by the terrorists.

While thanking the generosity of donors who responded to the needs of the affected Marawi City residents, the CBCP appealed for more help, especially for home-based displaced residents who were not adequately served.

The bishops also stressed the importance of the public’s vigilance and alertness in helping security forces thwart terrorist threats in other parts of Mindanao.  SFM