China says US has apologized for Taiwan name gaffe 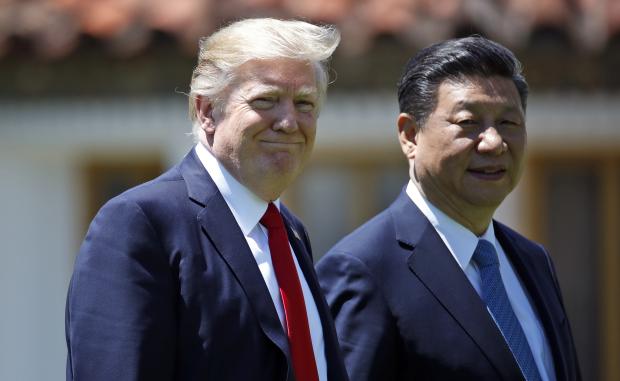 In this photo, taken April 7, 2017, President Donald Trump and Chinese President Xi Jinping walk together after their meetings at Mar-a-Lago in Palm Beach, Florida. (Photo by ALEX BRANDON / AP)

BEIJING — The United States has apologized for mistakenly describing Chinese President Xi Jinping as the leader of Taiwan, China said Monday. Chinese scholars said the mistake shows a lack of competence in the White House that is not conducive to healthy US-China relations.

Foreign ministry spokesman Geng Shuang said China asked the United States for an explanation of the mistake, and the US said it was a technical error. Washington apologized and corrected the error, Geng said at a daily news briefing.

In a statement issued Saturday about a meeting in Germany between Xi and US President Donald Trump, the White House press office described Xi as president of the Republic of China, the formal name for Taiwan. Communist China, led by Xi, is called the People’s Republic of China.

The issue is particularly sensitive because Beijing insists that Taiwan is part of its territory.

“It is basic knowledge for those working in diplomacy, yet this isolated incident shows how incompetent the White House staff are, how casual they are, and how poorly coordinated they are,” said Shi Yinhong, a professor of international relations at China Renmin University. “It will only make the Chinese people look down upon the American government for it to make such a low-level mistake.”

The gaffe has gone largely unreported in China because the local media have no motivation to mock Trump, Shi said.

Wang Dong, an associate professor in the school of international studies at elite Peking University, said he believes the error was not intentional but still reveals a lack of capacity in Trump’s foreign policy team while key positions remain unfilled.

“It shows the deficiency in the professionalism on the part of the White House staff in terms of diplomacy,” Wang said. “The mistake itself may not affect China-U.S. relations, but the White House should draw a lesson from it to improve its work flow. It’s a politically sensitive mistake that should not have occurred.”

The mistake occurred in the introduction to the statement and was not in the actual text. By Monday, the White House had altered the statement to read simply “President Xi of China.”

During a 2006 state visit to Washington by then-Chinese President Hu Jintao, a White House announcer said the national anthem of the Republic of China would be played, instead of the People’s Republic of China. The correct anthem was used.

Other actions by Trump toward Taiwan have drawn Beijing’s ire.

Upending long-standing diplomatic protocol, Trump accepted a congratulatory phone call from Taiwanese President Tsai Ing-wen in December and questioned the wisdom of the “one-China policy” under which Washington maintains only unofficial relations with Taiwan. Then last month, to Beijing’s indignation, his administration approved a $1.4 billion arms sale to Taiwan, which separated from mainland China in 1949 during a civil war.

Almost six months into office, Trump has yet to fill thousands of government positions. His White House staff in particular has been faulted for poor organization.