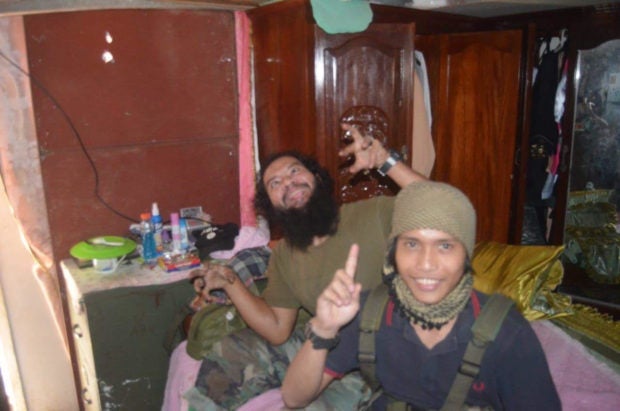 Maute gunmen are seen laughing and having fun in this undated photo taken from a smartphone of a slain suspected Maute fighter in Marawi City. The military released photographs of the Maute militants in candid moments to reporters on Sunday, July 9, 2017. (Photo released by the Armed Forces of the Philippines)

MARAWI CITY — The military on Sunday released photos of alleged Maute fighters having fun inside their lair in Marawi City. The undated photos were reportedly extracted from a cellphone recovered from a recently slain suspect.

The military did not release any more details about how or when they got these photographs, who the slain suspected Maute fighter was and how and when he was killed.  No information was also available on whether these fighters were still alive as of Sunday.  SFM 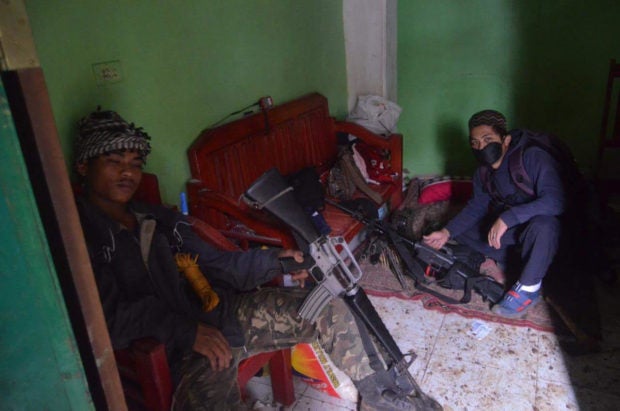 A Maute gunman is seen taking a nap while another fighter rests in between fighting in Marawi City in this undated photo taken from a smartphone of a a slain suspected Maute terrorist. The military released photographs of Maute militants in candid moments on July 9, 2017. (Photo released by the Armed Forces of the Philippines) 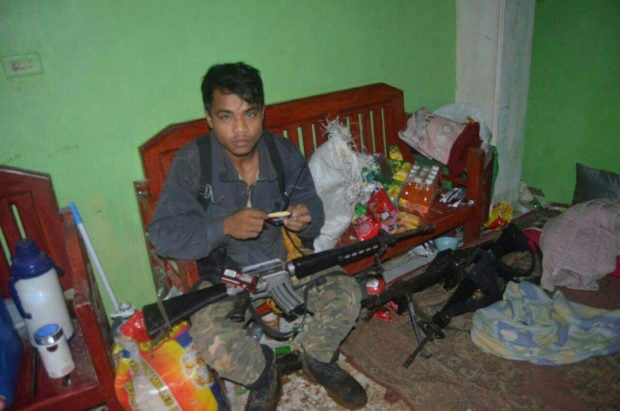 A Maute gunman looks back silently at the unknown photographer during a lull in the fighting in Marawi City in this undated photograph. The military said this photograph was taken from a smartphone of a slain suspected Maute fighter. The military released photographs of Maute terrorists relaxing on July 9, 2017. (Photo released by the Armed Forces of the Philippines)