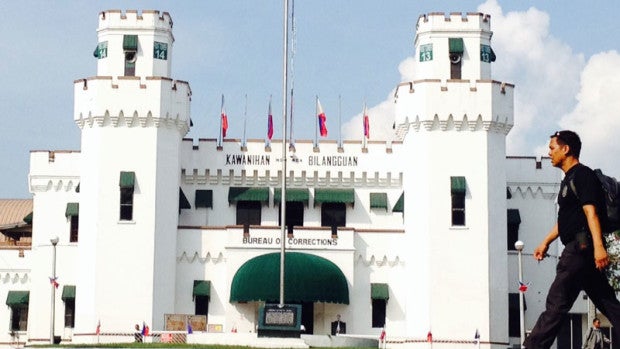 MANILA — The Commission on Audit has called out the Bureau of Corrections’ Oplan Galugad team for turning over only P1.63 million of the P2.13 million confiscated in various raids at the New Bilibid Prisons.

In its recent annual audit report for 2016, COA recommended that BuCor conduct an investigation on the “missing confiscated money,” as well as five pieces of jewelry of undetermined worth.

Auditors noted a shortfall of P502,180 in the amount that should have been turned over to the BuCor Cashier for safekeeping.

This represents 23.6 percent of local currency seized by the so-called Galugad team, or 13.7 percent of the P3.66 million total confiscated from the national penitentiary (the Philippine National Police Special Action Force recovered another P1.53 million).

COA also said that not all jewelry seized in a May 4, 2016 raid were turned over to the cashier’s office. The cashier ended up having custody of only one golden necklace and one bracelet.

One golden necklace, three rings, and one crown pendant were listed as “missing” in the COA report. The values of these five pieces of jewelry were not determined.

Section 63 of the State Audit Code of the Philippines (Presidential Decree No. 1445) requires public officers to account for all moneys and properties received as government funds to be taken up in the agency’s books. Section 69, meanwhile, mandates the remittance of the full amount to the treasury of the agency concerned.

BuCor, however, called “misplaced” COA’s reliance on the aforementioned laws.

Citing the Supreme Court’s September 2011 ruling in the case of PDEA v. Brodett, BuCor said that since the money was not established to be proceeds from any crime, “there is no legal basis to escheat them in favor of the government.”

“Other items deemed not contraband, per se, must be returned unless the same are subject of case filed against the persons from whom these items were seized, even if the ownership of these items belongs to a third person not liable for the unlawful act,” BuCor said, as quoted by the COA report.

Auditors, however, have stressed that government officials still have to account for any money they receive, no matter what its nature is.

“The nature of the property received, be it private or public, is not necessary. The same have to be accounted for,” the report read. “What is controlling on the matter is the fact that the accountable persons received these properties in their capacity as public officials.”

Lack of rules on contraband

Meanwhile, COA also observed that the Committee on the Disposition of Confiscated Contraband Items (CDCCI) has not come up with written guidelines regarding the accounting, handling and disposal of such items.

Due to the absence of guidelines, “the 35 series of search and seizure operations resulted in the stockpiling thereof and exposing them to possible risk of loss,” COA said.

It urged BuCor to direct CDCCI to come up with guidelines to enhance coordination for an effective system of safekeeping, disposal, recording and reporting of the actual inventory of confiscated items.

COA also sought the creation of an appraisal committee to determine the value of the contraband.  SFM