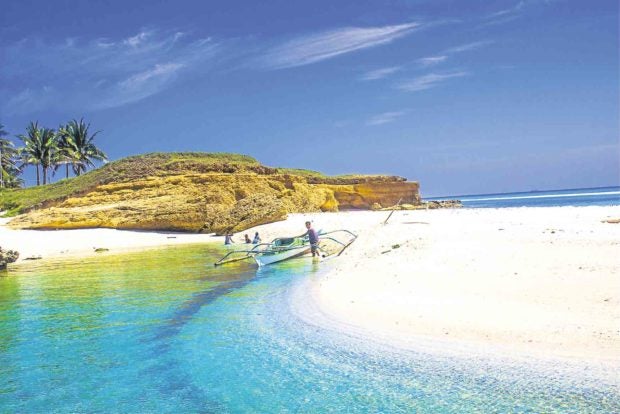 MASBATE CITY — Right smack between the Bicol peninsula and the Visayan islands, Masbate province, and its unique spots wait to be discovered as a tourism frontier.

The boomerang-shaped island province, known as the rodeo capital of the Philippines, is at the center of the Philippine archipelago where waters are hospitable for manta rays and sea snakes.

The people speak languages belonging more to the Visayan tongue than the Bicolano’s. But Tagalog-based Filipino is understood and spoken anywhere.

Adventure starts when one hits the concrete highway and road network beyond the limits of the capital city of Masbate, cutting across long stretches of ranches with grazing herds of cattle over undulating terrain that becomes hilly to mountainous on the far side of the fields.

Masbate, situated southwest of the Bicol mainland is not called rodeo capital for nothing. It boasts of cowboys on horseback chasing cattle in real ranches. 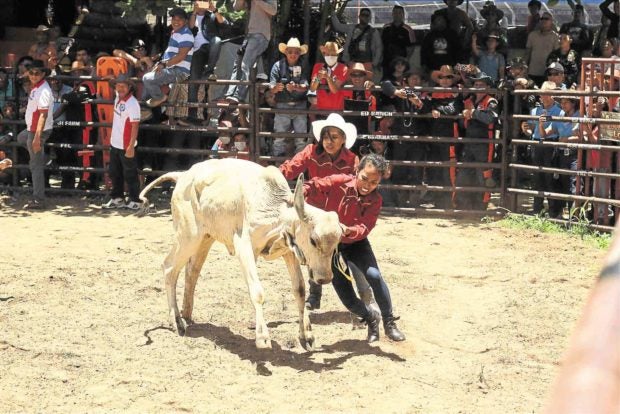 About 10 kilometers from the city, visiting Sese Brahmans Ranch in Mandaon town allows visitors to experience slices of ranch life with the help of cowboys. The ranch offers actual cattle branding, horseback riding and pictorials, and camping on the hilltop, complete with a tent, shower room, toilet and bath, and videoke bar.

Some 10 km away is Palani Beach facing the western horizon in Balud town. It offers a stunning sunset and wide and long fine white sand beach.

Passing the old zigzag road going to Mandaon and Aroroy towns from the city leads to the Bat-ongan cave, considered a mystical hill by the locals who visit and converge there during the Holy Week.

Rising above rice fields, the cave is made up of limestone and sedimentary rocks but without a hint of nearby water sources, which usually characterize cave sites, according to Carl Bungkaras, a mountaineer and guide of the provincial tourism office.

Bungkaras has explored Bat-ongan countless times. The cave has three cavities—the biggest shaped like a cathedral dome, another big enough for a cockpit arena and the last resembling a house layout with unique chair- and table-like limestone formations.

Faith healers go on a pilgrimage to Bat-ongan, believing that it renews their healing powers on Good Friday.

Farther west is Fazenda da Esperança (Farm of Hope), where all kinds of addicts seek healing through self-determination, spiritual cultivation and work therapy. Guided by facilitators, the residents share their healing experiences to visitors. 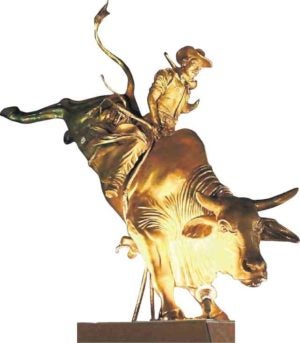 In the capital, the city government offers a guided tour, starting with a visit to the centuries-old cathedral of St. Anthony parish, an old house where Commonwealth President Manuel L. Quezon stayed, and the Bontod mangrove park, according to Mayor Rowena Tuason.

There are 28 accommodation facilities with a total of 485 rooms, with rates ranging from P200 for a single room to P3,100 for a suite.

Commuters take the tricycle, which charge a standard P8-fare per person. Going outside to the towns, a van rental may cost P3,500 to P5,000 from morning until late afternoon. But a motorized boat with a capacity of 10 passengers for daylong island-hopping along Masbate and Ticao islands costs P6,500 to P8,000.

The provincial tourism office has listed 53 accommodation facilities, with a total of 588 rooms available in 16 of the 20 towns outside Masbate City.

After arriving and exploring the city spots, the city tourism office recommends leaving for Ticao the next day. The activity showcases natural wonders, including white beaches, unique habitats, rock formations and Catandayagan waterfall that drains directly into the blue sea.

From early morning to late afternoon, island-hopping can start at the Buntod sandbar and reef, a fish sanctuary with a facility to receive visitors, about 15 minutes from Masbate port. 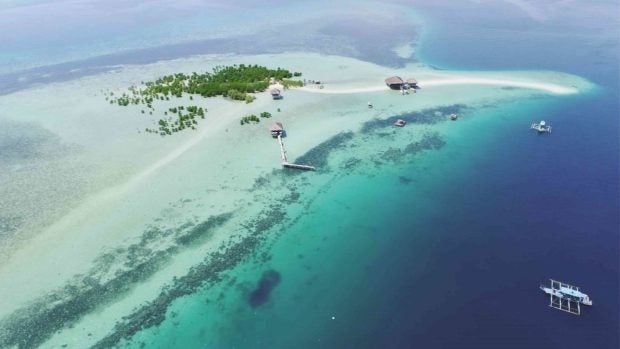 Among the popular attractions in Masbate City is the Buntod sandbar and marine sanctuary. —PHOTO COURTESY OF KARRAVVA MEDIA AND DIGITAL MARKETING

Felimon Abelita III, provincial tourism officer, identifies several spots that can be squeezed into one day of island-hopping.

Starting with Buntod, one can proceed to the Minalayo Islet or snake island, a part of Batuan town in Ticao Island, where sea snakes abound.

Abelita cautioned not to touch or step on the sea snakes because they were just as poisonous as other snakes found on land.

A 30-minute ride from the snake island is the Bongsanglay Mangrove Reserve or the Borobangcaso rock formation, passing by the one-of-a-kind Catandayagan falls.

The tour leads to the manta ray sanctuary in the town of San Jacinto where one can dive and swim with the rays.

Other spots that can be explored are the San Miguel coral garden, Cagpating reef wall and Guinlatayan peak bird sanctuary. 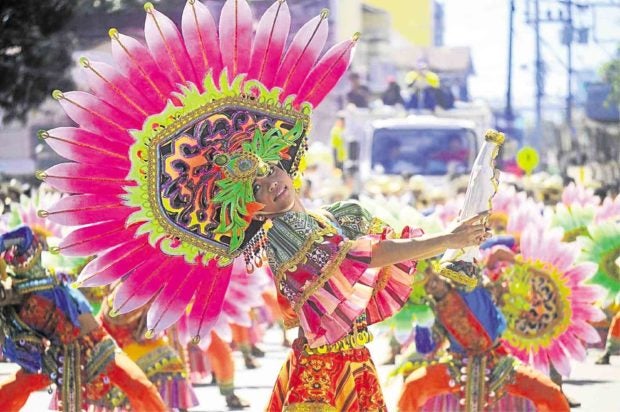 Eats on the island

Going back to Masbate Island late in the afternoon, a visitor can wrap up the trip by exploring the market to hunt for quality dried goods, such as anchovies or squid.

For fine dining on Filipino cuisine with a twist and pasta dishes, try Zero8 restaurant. For seafood cravings, one can try SuTuKil, a restaurant that cooks different kinds of seafood—scallops, blue marlin, tuna, mussels, etc. “Su” stands for “sugba” (grill), “Tu” for “tuwa” (stewed or cooked with broth) and “Kil” for “kilaw” (raw seafood in vinegar, ginger, onion, garlic, pepper with a pinch of sugar and salt to taste).

Other restaurants serve Filipino dishes along the Jesse Robredo Boulevard, which faces the waters where the interior secretary died in a plane crash on Aug. 18, 2012. —With a report from Suzene Cajegas