Cheers from quake-hit Leyte:  6 people pulled out from rubble 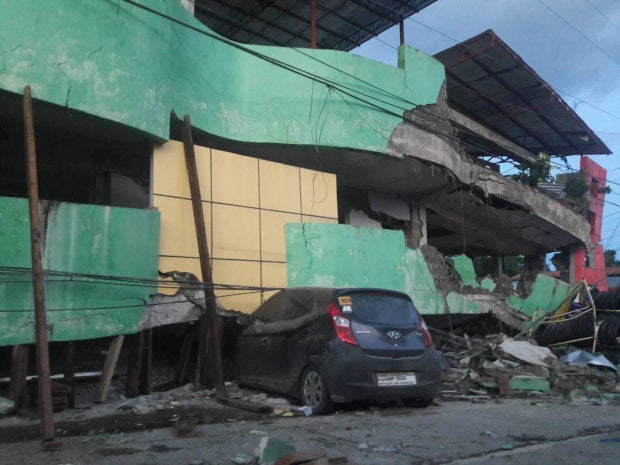 CEBU CITY — Cheers broke out after rescuers pulled out six people from what used to be a three-story building in Kananga town, Leyte, which collapsed after a magnitude 6.5 earthquake shook the province on Thursday afternoon.

Nerissa Superales, a cashier at New Town Grocery; and customer Jovelyn Omolon, 29 and her children, Alona Nicole Geraldez,7 and Sancho, 4, were rescued past 8 p.m. after being trapped for close to 5 hours.

They were brought to a hospital in Ormoc City for treatment.

Rescued at past 10 p.m. were Edgar Cabahug and a woman identified only as Cathy.

Mayor Rowena Codilla of Kananga said that after the rescue operations, an investigation would be conducted on why the building collapsed.

New Town Grocery was a three-story commercial establishment built only in 2006, according to the mayor.

A grocery and hardware occupied the ground floor and a small hotel and a function room on the second and third floors.

When earthquake struck at 4:06 p.m. on Thursday, the building collapsed. The ground floor area was almost flattened while the second floor fell to only less than a meter from the ground.

At that time, at least 60 beneficiaries of the Pantawid Pamilyang Pilipino Program were attending a seminar inside the function room.

A government employee, who was involved in the rescue operations, told the Philippine Daily Inquirer that people managed to run outside the building after the earthquake struck.

Seven people were not able to get out on time.

At least 100 policemen as well as the rescue group from Kananga, Energy Development Corp. and nearby local government units went to the area to help in the search and rescue.

An hour later, rescuers managed to recover the body of Jerry Movilla, 42 and a resident of Ormoc City who was one of the 4Ps beneficiaries.

Rescuers were able to locate Superales as well as Omolon and her children through her brother, PO2 Rodel Superales.

Superales was able to reach her brother through his mobile phone and told him of their location, allowing the rescuers to pinpoint the area where they could drill a hole to pull them out.

A member of the rescue team told the INQUIRER in a phone interview on Thursday night that they were also in constant communication with Cabahug through his mobile phone.

Since they complained that they could not breath properly, they had drilled a hole on what used to be the second floor and put in a vacuum ventilator to allow air to penetrate the rubble.

Past 10 p.m., Mayor Codilla announced that the two remaining persons trapped in the rubble had been rescued. (With a report from Vicky Arnaiz, INQ)  SFM 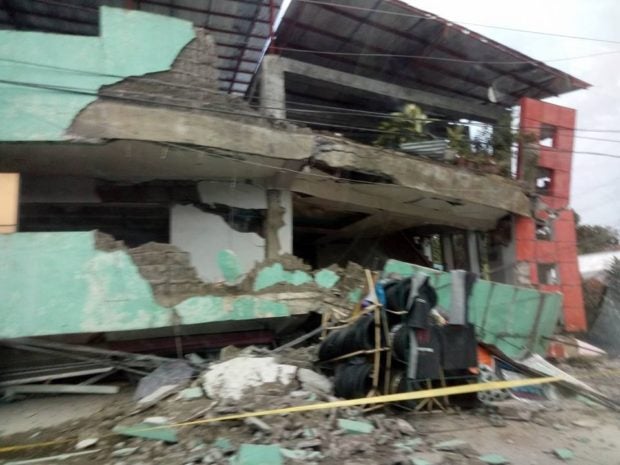