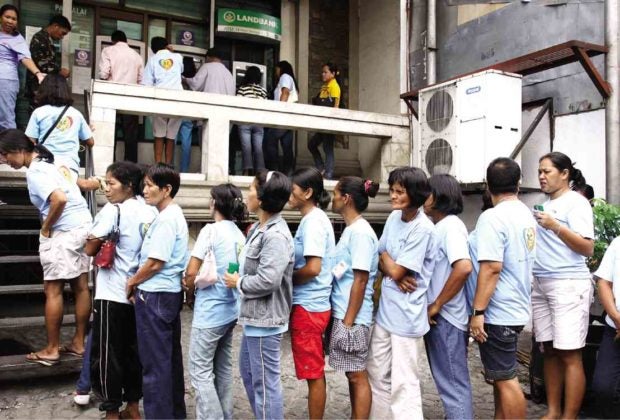 In this January 2, 2015 file photo, conditional cash transfer beneficiaries line up for the CCT aid from the Department of Social Welfare and Development in Lucena City (PHOTO BY DELFIN T. MALLARI JR. / INQUIRER SOUTHERN LUZON)

MANILA — The Commission on Audit has flagged the non-withdrawal of P1.426 billion in conditional cash transfers, which have not been touched by 2.65 million beneficiaries.

This showed many beneficiaries were “not actually in need of financial assistance,” COA said in its 2016 consolidated report on Official Development Assistance programs and projects.

COA recommended that the Department of Social Welfare and Development fast-track the validation and reassessment of the eligibility of the concerned beneficiaries and immediately delist ineligible ones.

DSWD should also coordinate with Land Bank of the Philippines so it could recover the unwithdrawn amounts to be remitted to the Bureau of the Treasury.

Yet, COA said P3.108 billion of unclaimed cash grants refunded by LBP conduits from 2013 to 2016 have not been returned to the Treasury.

COA also observed that fund transfers to LBP as cash grants amounting to P7.659 billion for the years 2012 to 2016 have remained unliquidated as of Dec. 31. It noted that the memorandum of agreement provided for LBP to submit the liquidation documents within five working days from the last scheduled payout.

“The status of unliquidated funds is therefore unclear,” it said.

It urged strict compliance with the guidelines of the grant, use and liquidation of fund transfers, and suggested that DSWD strongly push LBP to submit its liquidation reports.

The conditional cash transfer program, known as the Pantawid Pamilyang Pilipino Program, is the government’s flagship antipoverty project, which provides cash grants for roughly 4.4 million households in exchange for complying with conditions on school attendance, regular medical check-ups for children and pregnant women, and cooperation with family planning programs. 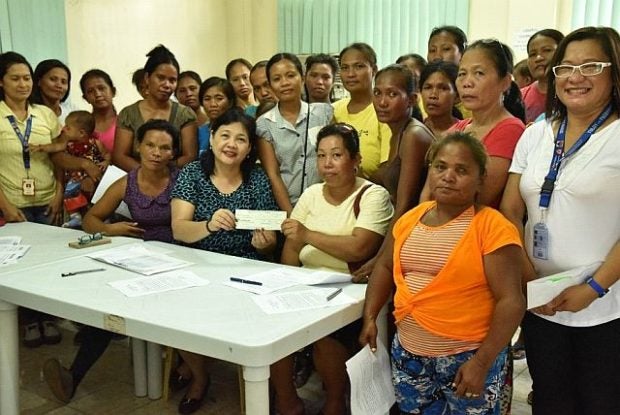 An example of an implementation of the conditional cash transfer program targeting scavengers in Barangay Umapad, Mandaue City, is seen in this May 17, 2016 file photo. (Photo contributed to the CDN)