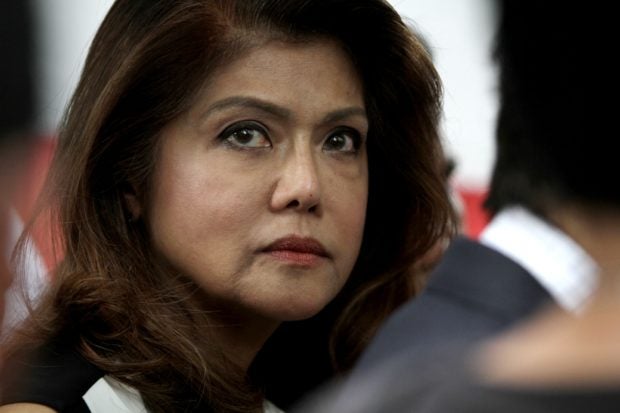 MANILA — Ilocos Norte Gov. Imee Marcos pleaded on Thursday, with the House of Representatives to free six of her detained subordinates as she stressed that she would face the legislative inquiry into her province’s alleged anomalous use of P66.45 million in tobacco tax funds.

In a statement released by her lawyer Estelito Mendoza, Marcos urged the House committee on good government and public accountability not to let “petty local political conflicts” result in a legal dispute involving the judiciary and the legislative branches of government.

“I appeal for sobriety, civility and respect for the inviolability of the rights of citizens hand in hand with respect for the separation of powers of the co-equal branches of government,” Marcos said.

“Political vendetta cannot justify putting the legislature and the judiciary on a collision course at the expense of the rights of hapless citizens,” she lamented.

The governor, who served as Ilocos Norte representative for nine years, called on her former colleagues to “rise above petty local political conflicts and keep being true to its mandate to pass responsive laws for the welfare of our countrymen.”

Marcos said the six Ilocos Norte executives and employees, now known as “Ilocos Six,” and their families had already suffered “immeasurable emotional and psychological anguish” since House Speaker Pantaleon Alvarez ordered their detention on May 29 after they were held in contempt.

“Please, set them free,” Marcos pleaded. “I appeal, for humanitarian reasons, to the House leadership to set free the Ilocos Six. They have suffered more than enough. Please allow them to go home. You have families too, and you know the pain of being separated from them.”

She said her subordinates had participated in the House investigation “to the best of their knowledge” and that “forcing them… to give false testimony just to satisfy the committee is tantamount to compelling them to commit perjury.”

The governor also dismissed insinuations that the supply contract was tainted with corruption and that the supposed procurement of the vehicles were merely “ghost purchases.”

“The transactions being questioned complied with the procurement law and the conditions for lawful cash advances have been fully complied with,” she said.  SFM
T0707marlon2