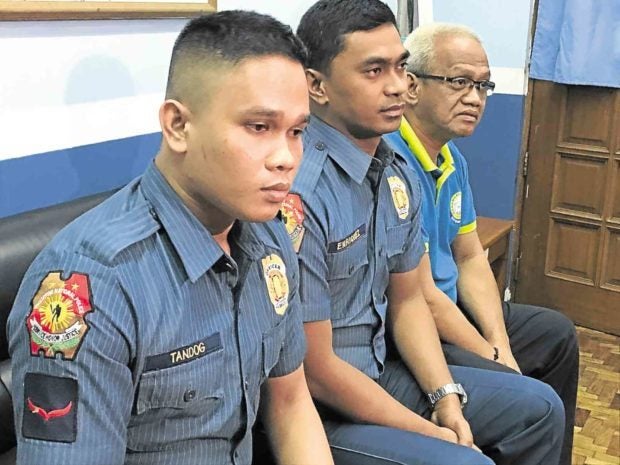 COTABATO CITY – The two policemen from Mandaluyong City who were caught on video maltreating two men are now in Marawi City to face the Maute terrorist group.

Last week, Tandog and Enriquez accosted two men for drinking liquor on the street in Mandaluyong City and hauled them to the police station.

But one of the victims filmed the brutality and uploaded on the internet that made PNP Director General Ronald Dela Rosa fuming mad.

In the video, Tandog repeatedly challenged the suspects to fight so he could shoot them.

The two who readily obliged Dela Rosa’s order to be sent to Marawi City, arrived at Camp SK Pendatun in Parang, Maguindanao and reported to Sindac.

Sindac said they would form part of the police force fighting militants in Marawi City.  SFM