“The Court dismissed the petitions by a vote of 11 of its members,” the high court said. 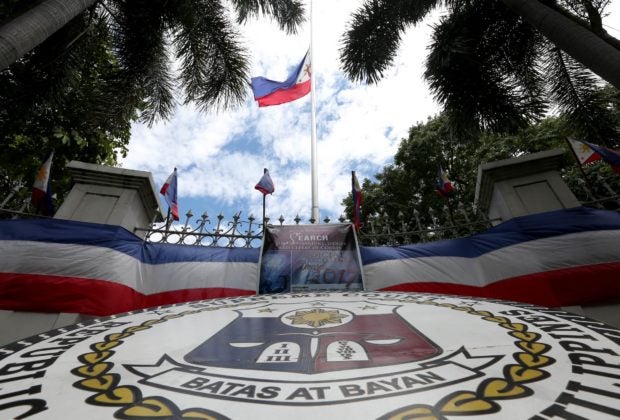 The Philippine flag at the Supreme Court flies at half-mast as tribute to the troiops killed in Marawi City.  MARIANNE BERMUDEZ / INQUIRER FILE PHOTO

The decision was issued on the 43rd day of the declaration of martial law. Duterte on May 23 placed the entire Mindanao under martial law following the attack of the Islamic State-inspired Maute group. The battle between government forces and the extremists continues with more than 400 dead and thousands displaced.

High Court’s Information Chief Atty. Theodore Te said all the 15 justices have submitted their respective opinion on the matter whether concurring or dissenting.

The President earlier said he would adhere to the decision of the SC on his proclamation.

The first of the three petitions against martial law was filed last June 5 by the minority bloc from the House of Representatives led by Albay Representative Edcel Lagman followed days later by similar pleas filed by a group led by Lumad leader Eufemia Campos Cullamat and the group of women from Marawi led by Norkaya Mohamad.

The high court’s ruling was the second time to address martial law petitions under the 1987 Constitution.

The last time the high court has taken such a contentious issue was in 2012 when it dismissed the seven petitions questioning the legality of the martial law proclamation of President Gloria Macapagal-Arroyo in 2009.

The high court dismissed the petitions not on any constitutional issue raised by the petitioners but on the ground of being moot and academic.IDL